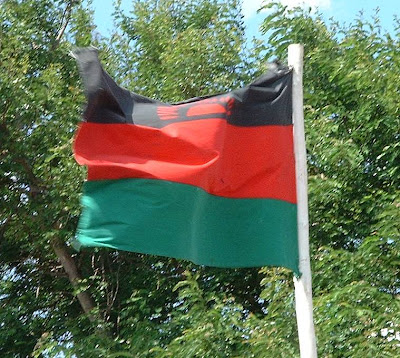 A Malawi couple, Tiwonge Chimbalanga and Steven Monjeza were arrested for trying to get married last weekend.

Today, the couple pleaded "not guilty" in court and was sent back to jail.

Prosecutors say they will send the pair to hospital to prove they have had sex together.

They face three charges of unnatural practices between males and gross indecency.

Mr Monjeza, 26, hinted that he may consider calling off the proposed wedding, as he was sent back to prison.

"I am sad I am going back to Chichiri Prison," he said. "The condition are terrible there. People are exaggerating this thing. I may just as well dissolve this marriage."

Mr Chimbalanga, 20, dressed in women's clothes, refused to speak to journalists, beyond accusing them of writing "stupid" things.

They were arrested on Monday at the home they share.

Malawi is a deeply conservative society but recently a group of campaigners came together to form a gay rights organisation, Centre for the Development of People (CEDEP).

CEDEP's executive director, Gift Trapence, says the laws used to arrest the couple are invalid because they are against the Bill of Rights enshrined in the 1995 constitution.

Correspondents say some voices in government have also started to call for more openness about homosexuality as the authorities try to tackle high rates of HIV/Aids.

If found guilty, they could be locked up for 14 years.