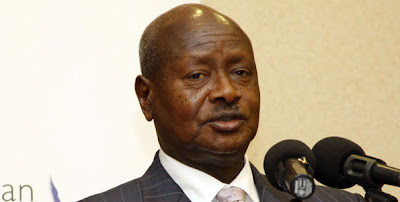 After much criticism, Ugandan President Museveni vows to soften the Anti-gay bill.

In its current form, the bill proposes life imprisonment and even the death penalty for gays and lesbians in Uganda.

Museveni's top aide said on Thursday that the president was planning to intervene to address the concerns of Uganda's Western partners who have expressed strong opposition to the bill.

"We should not have an extreme position. The president will harmonize the two sides and address the concerns of the Europeans and our other development partners." said Museveni's spokesman.

Cute, but if they just get rid of this bill, all will be good in the 'hood.
Posted by Wonder Man at 4:41 AM