Lambda Legal’s Jennifer Pizer has questions about the OPM decision. 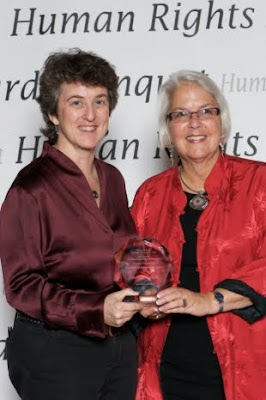 After the OPM announced their decision on the Karen Golinski case, Pizer, a Lambda Lawyer, felt that their answers only led to more questions:

Pizer explained that although the order he issued was not an opinion of a ninth circuit panel, “it is an order that has Article III force to it and he's speaking in his role as an Article III judge when he interprets federal law.” But Pizer was even more troubled by the fact that OPM chose to present its conclusion by issuing a public statement rather than actually countering Kozinski’s rationale in a legal brief.

“They’re stating their position via press statements,” said Pizer. “If they have confidence in their analysis, they should do what people do in legal proceedings.” In the case, Kozinski argued for a separation of powers — saying that if the judiciary has the inherent power under the U.S. Constitution to regulate itself, then it has to be the case that employees of an executive branch agency (OPM in this case) do not have superior authority to dictate what goes on in the judicial branch.

“They’ve said they disagree but they’ve never deigned to explain why. They’ve never written that analysis,” Pizer said of OPM, which took its cues in the case from the Department of Justice.

“What is the Obama administration’s analysis for why the ninth circuit doesn’t have the constitutional authority to regulate its own employee practices?”

She poses good questions, I hope they can explain their reasons. I believe it has a lot to do with DOMA and how this case could become a monkeywrench in the overall repeal. My explaination is probably way off, however, her questions should be answered, very clearly and truthfully.
Posted by Wonder Man at 10:11 AM