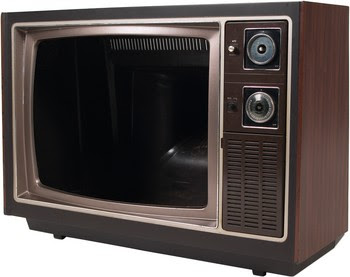 The big Federal Prop 8 case may be televised.

The Judicial Council of the 9th Circuit authorized television cameras in certain district court proceedings Thursday, reviving a national controversy just weeks before a groundbreaking trial over same-sex marriage is slated to begin in San Francisco.

The 9th Circuit currently allows cameras to televise appellate arguments, as does the 2nd Circuit. A private vendor has also recorded a handful of district court proceedings in New York.

But under the 9th Circuit's new experimental program -- in which only civil, nonjury trials would qualify -- district courts would be likely to use their own camera equipment, said Circuit Executive Cathy Catterson. The method of distribution would be figured out on a case-by-case basis.

"It might be posted later in the day, it could be edited, or it could be live. It would depend on the nature of the case," Catterson said.

Cases to be considered for the pilot program, and the distribution details, will be decided by each district's chief judge, in consultation with 9th Circuit Chief Judge Alex Kozinski. In San Francisco it is the Northern District of California's chief judge, Vaughn Walker, who is presiding over the federal challenge to Prop 8.

Walker first raised the possibility of a televised broadcast several weeks ago, and lawyers representing pro-same-sex-marriage plaintiffs support the idea. The defendants oppose it, saying anti-gay-marriage witnesses could be subject to harassment and retribution. When the topic arose again this week, Walker alluded to possible 9th Circuit action and asked for another discussion with the parties should authorization occur.

This will be interesting to watch. I would love to hear the opposing side's arguments. And I love that anti-gay-marriage witnesses could be subject to harassment and retribution part. If you are going to steal my rights, stand your ground. Don't get scared all of a sudden, you dished it, you need to take it!

Email ThisBlogThis!Share to TwitterShare to FacebookShare to Pinterest
Labels: Frederal Prop 8 case, Olson/Boies, The Judicial Council of the Ninth Circuit

Not that is television i'd want to watch! It may help if it is televised.

Let me get this right. They spew hatred and lies in private and behind closed doors, and our people get beat up. Asked to say those things under oath and on TV, and they fear retribution, even though there is no real historic recording of such data. On the other hand, gays who have been beaten, fired, or at least verbally abused because of their sexuality have no issue with appearing on the stand?

You should see the flak I caught after I posted the names and addresses of those who oppose us on the equality blog here in RI. This was right after Dr. George Tiller was killed but like I said, if they can do it to our side, we can do it to them.


So I just posted on my own blog. Another point I made, it was all public record.

Amazing the data available out there.