A Hawkman Movie? Nobody wants to see a Hawkman movie! 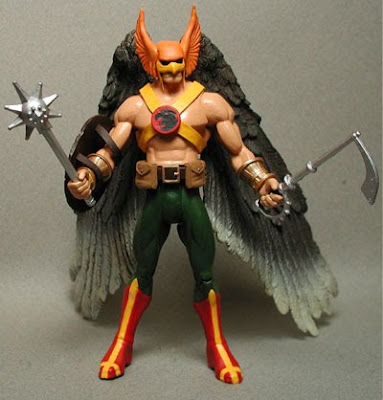 This is some bullsh**!

There are some rumors saying that DC Entertainment wants to make a Hawkman flick.

Ahead of next month's big DC Entertainment announcements, rumors about their movies have started appearing all over the place.

Collider has picked up on a rumor that Hawkman will be the next DC superhero to get the movie treatment. Given the continued lack of success of a Hawkman comic - Like Aquaman, he's one of those characters who keeps getting relaunched without ever really gaining a lot of traction in terms of sales - we're unconvinced, but it's not impossible considering former Hawkman writer Geoff Johns being part of DC Comics' movie braintrust. Maybe we should wait and see how popular his upcoming Smallville guest appearance is.

News Flash! Nobody gives a f**k about Hawkman! Stop trying to make lackluster characters movie worthy, when Wonder Woman is still on the backburner!

She should be first and then all the other DC rejects. Stop playing, DC Entertainment!

This better be a rumor!

That is bass ackwards.

I'm still pissed there was an Electra movie before Wonder Woman. So Marvel gives their DEAD c-listers movies before DC can figure out what to do with the most popular female superhero of all time?