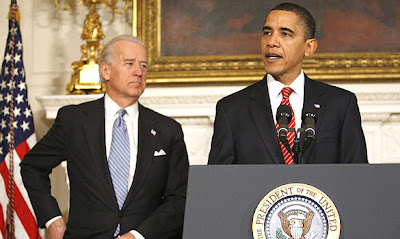 Without a single Republican vote, the United States Senate passed a sweeping health care reform bill in a landslide, shortly after 7:00 in the morning on Christmas Eve. After months of intense back and forth, and more than three weeks of continuous floor debate, the bill moved through the Senate by a gaping 60-39 margin.

The House of Representatives previously passed a much stronger version of reform with a tighter 220-215 margin. The two versions will now be merged in conference committee negotiations, with the House pushing for more generous subsidies for those required to buy insurance and the Senate attempting to hold the line. The cross-Capitol negotiations will not involve the Republican Party.

I don't want to get hung up on what's in it or not. That can actually change as the year ends. I'm just happy they got this done.

source
Posted by Wonder Man at 7:14 AM