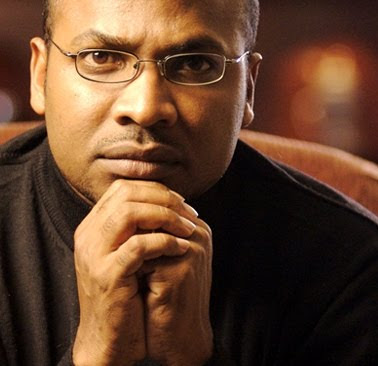 Christmas greetings from the Pastors here in Uganda. We acknowledge receipt of your letter in which you called on us to “speak out” against the proposed “Anti-homosexuality bill 2009” which is currently in the process of being developed in our parliament. This bill has been greatly misrepresented by some homosexualists causing hysteria and we take this opportunity to give you the background, educate you on the major aspects of the law as well as respond to the concerns you raised.

Indeed the headlines that say Ugandan law to kill gays, is deliberately misleading. It should really say, Uganda law proposes capital sentence for Men with HIV who rape boys and infect them with HIV/AIDS just as it is for heterosexuals who rape girls. You see, we have many troubling concerns, such as a crisis of people living with HIV/AIDS (PLWA) who rape and infect young children with IV/AIDS in a grotesque demonic belief of a “virgin sex cure” as prescribed by satanic witchdoctors. We are harrassed by a massive invasion of rich Europeans and Americans groups who are scorning our traditional African view of marriage and family, bullying and threatening to cut off “aid” if we dont legalise the sins of Sodom and Gommorrah! We are troubled by some members western media which is obsessed with homosexuality.

Indeed, we are troubled that Christianity in the global North has fallen so much from Gods word that homosexuals and lesbians are being ordained into Bishops as evidenced by the election of Mary Glasspool in your state of California last week! We want to make sure that Africa purposefully avoids the mistakes of the Global North Church and we hope to learn more from our encyclical pastoral dialogue.

Africa101: Homosexuality is illegal, unnatural, ungodly and un-African: In Uganda as most of the global South, homosexuality is an “evil and repugnant sexual act” which simultaneously breaks four established laws.

First, the law of nature, which states that males mate with females;

Second the law of our land as already stated in our Penal Code and constitution;

Thirdly, the law of our faiths as in the Holy Bible for Christians and the
Holy Quran for our Moslem friends;

Fourthly, the law of our African tribal cultures which have been handed down to us by our fathers from thousands of years of civilized traditions.

While we may have differences of opinions on many issues as in many democratic societies, this is one issue we all agree on.

A recent steadman survey demonstrated this that 95% of Ugandans are opposed to homosexuality. Just so you know, the current law on homosexuality (in Uganda Penal Code 145) punishes all forms of “unnatural” sexual
activity as an offense liable with up to life in prison. Similarly attempts to commit the same offenses is a felony liable to seven years imprisonment. This law was established by act on Sunday 15th June 1950!

You are further remembered to say, “homosexuality is not a natural way of life and thus (its) not a human right. We shall not tolerate this apect at all”. (Gay Row-US Pastor supports country on boycott)

You were indeed affirming Uganda’s Christian’s long historical struggle against
institutionalized homosexuality. This boycott was not the beginning of the struggle. In fact on June 3rd 1886, 26 Ugandas new converts to Christianity were martyred for their stand against a deviant king who had taken to the practice of sodomy. There faith in Christ emboldened them to stand against homosexuality, resisiting to the “point of shedding blood”.

Today we honor them, and June 3rd is a national holiday where millions of Ugandan believers converge to remember and renew their strength.(When faith, state and state inspired homosexuality clash).

As you yourself have said, “..the Bible says evil has to be opposed. Evil has to be stopped. The Bible does not say negotiate with evil. It says stop it. Stop evil."(12/2007)

Since homosexuality is evil, you cannot possibly be against a law that seeks to
stop it unless if you have misunderstood it.

What is the law about?

Last November 18th 2008, France and Netherlands initiated a law which seeks to use UN to push homosexuality on other nations all over the world. This moral imperialism which ntends to use the coercive powers of European Union and the UN to impose sodomy legalization in our nations is a driving factor in Uganda’s legislators effort to draft a law to protect our nations moral sovereignty. That explains clauses 18 and 19.

Secondly we are dealing with a well funded homosexual nations and foundations which are pouring millions of dollars into Africa with a singular effort of pushing homosexuality and abortion down our throats. These evil men are seducing young boys and girls into sexual acts as to expand their evil empire. “Homosexual admits recruiting students”. While we have a law that currently prohibits acts against nature, we don’t have a law against the promoters of these acts. The draft laws seeks to stop this criminal activity as section 13.

Thirdly the law seeks to provide equal protection for the boy child as currently granted the girl child from pedophiles, some who are deliberately raping young virgin boys and girls with a false belief that it will heal them of HIV/AIDS! Since 1997, Section 123 of the Penal Code only provides protection against defilement (sexual abuse) of girls under 18 years of age.

The question for you is this, does the sexual rape of a boy constitute a lesser crime than the rape of a girl? Indeed it is this issue of aggravated homosexuality which is equal to “statutory rape” of a minor, handicapped child and infecting her with HIV/AIDS which is punishable by death.

Many people, including you may have failed to understand section 3 of aggravated defilement. This is really pedophilia. The key is in understanding the difference between the victim and the offender which I am sure is a different language for many. This section deals
with offenses to two kinds of vulnerable populations-children below 18 or those who are handicapped! Those who are offenders or Pedophiles can be a person with HIV/AIDS, someone ie a teacher or priest who abuses their authority, etc.

In addition it should be noted that there are people who are living with HIV/AIDS who seek to have sex with young children both boys and girls in the misguided hope that it will cure them of HIV/AIDS. This is a problem driving the sexual abuse of children under 18 and spiraling HIV/AIDS infections both in girls and boys! A recent report shows this.

Uganda: Child Abuse rampant. This tragedy is happening all over Eastern and Southern Africa. There is evidence of rising rape and defilement of boys and girls which is driving HIV/AIDS rates up. This Bill is taking a lead in providing both the boy and girl child with equal protection of capital punishment.

Finally a lot of the sexual violence of children takes place in institutions such as boarding schools. Research by ACFODE, “The situational review of rape, sexual harassment and defilement 2005 in three districts found unusually high levels of coercive heterosexual/homosexual rape and harassment especially in single sex schools. Unfortunately the school officials and prison officers, maintain a conspiracy of silence, ignoring the pleas of the children and victims who report these crimes to them. They reputation of their school business or prison above the welfare of the children and adults in their custody. This is the spirit behind the section 14, of mandatory reporting of the offenses within 24 hours.

Pastor Rick you must be aware that California Penal Code 11166;11165.7 requires that Teachers, Social workers, District attorneys, Doctors, Psychologists, marriage and family counselors, clergy members and state
or county public health employees are required by law to report “unlawful sexual
intercourse” as defined by the state of California. You have never complained about this law hindering access to health, legal or spiritual services which you and Kay offer. Why don’t you think that we too in Africa have the right to make laws pertinent to restrict what our nations deems as “unlawful sexual intercourse”?

What has been our recommendation to the law?

At a special sitting of the Uganda Joint Christian Council taskforce sat and reviewed the bill to make comments. We resolved to support the bill with some amendments which included the following.

a. We suggested a less harsher sentence of 20 years instead of the death penalty for pedophilia or aggravated homosexuality.
b. We suggested the inclusion of counseling and rehabilitation being offered to offenders and victims. The churches are willing to provide the necessary help for those who are willing to undergo counseling and rehabilitation.

Again on Friday 11th December, more than 200 of Uganda’s top religious leaders met and supported the legislators and governments effort in strengthening the law against homosexuality. Church leaders back government on anti-gay bill. The issue is we all want a law, it is simply details of how much punishment will be meted out.

Warning of a widening shift.

We note with sadness the increasing levels of accepting of the evil of homosexuality. The ordination of Mary Glasspool a Lesbian as a bishop in Los Angeles without any condemnation from you, has increased the widening gap between the global south church in Africa and the global north church in Europe and America. In these increasingly dark days, we encourage you not to give into the temptation to water down what the bible says so as not to offend people. Jesus’s gospel is a stumbling block, and a rock of offense.

Rick you are our friend, we have bought many of your books and have been blessed by them. Do not let the pressure of bloggers and popular media intimidate you into becoming a negotiator for homosexual pedophilia rights in Africa.

As you yourself say about evil, – “the Bible says evil has to be opposed. Evil has to be stopped. The Bible does not say negotiate with evil. It says stop it. Stop evil." (RW-12/2007) Since the bible says that the giant of homosexuality is an “abomination” or a great evil, you cannot achieve the peace plan without a purpose-driven confrontation with evil.