There's no G-A-Y in Immigration 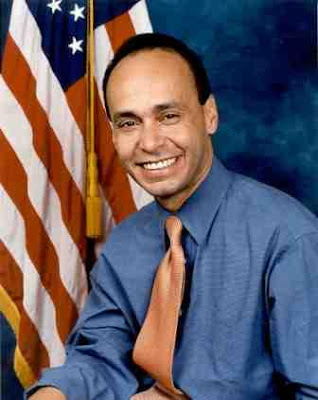 The Immigration Reform Bill has many things in it, however it left out something important.

Rep. Luis Gutierrez (D-Ill.) the guy in the pic above introduced the bill — titled the Comprehensive Immigration Reform for America’s Security & Prosperity Act — in the U.S. House along with more than 90 other Democrats.

Because the legislation would, among other things, offer a path to citizenship for undocumented immigrants, the measure is seen as a more liberal alternative bill that would set the tone for comprehensive immigration reform legislation next year.

But Gutierrez’s bill lacks a provision that would allow LGBT Americans to sponsor their foreign partners for residency in the United States. Advocates had been pressuring Gutierrez to include such language, which is seen as necessary to stop the U.S. government from keeping apart more than 36,000 LGBT bi-national couples.

Steve Ralls, spokesperson for Immigration Equality, said his organization is disappointed the lawmaker didn’t include this measure in his bill. Still, Ralls noted that he remains optimistic Gutierrez will support the provision in the path toward immigration reform.

“We are extremely disappointed, and we pushed very hard to have our families included, but I do take Congressman Gutierrez at his word that when the issue begins to move early next year that he’s going to stand with us,” he said.

This isn't over, it is a possibility that a provision for LGBT bi-national couples will be added. Let's hope for the best.

Spineless turds.... I hope he gets voted out at the next election.

*I'm* not allowed to immigrate with my American partner but the cocaine smuggler from central america who is living as an undocumented is going to get immigration rights?!?!?

How the fark does that work ???

Illegal Immigration is one of the major problem of all developed nations.This create dis balance in society structure and economy.