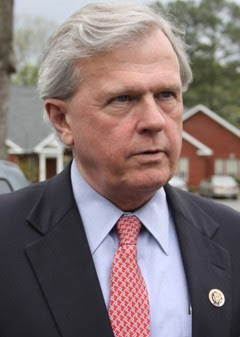 In an odd, but stupid move, Rep. Parker Griffith has jumped from being a Dems to becoming Repub.

However, this may not be surprise, his voting record tells the tale.

He has bucked the Democratic leadership on nearly all of its major domestic initiatives, including the stimulus package, health care legislation, the cap-and trade energy bill and financial regulatory reform.

He was one of only 11 House Democrats to vote against the stimulus.

“Look at his voting record – he’s had substantial differences philosophically with the Democratic agenda here in Congress,” said an Alabama ally who is familiar with Griffith’s decision. “It’s something that’s been discussed for the last several months… talking to people in his family. And it genuinely is a reflection of where he feels. It’s his own personal conviction.”