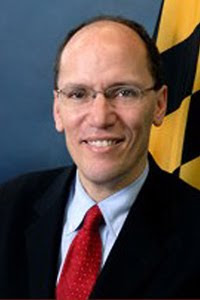 This is news I'm glad to hear! Assistant Attorney General Thomas Perez said that he will beef up Hate Crimes enforcement.

He said that he was “shocked” at learning that hate crime prosecutions went down during the Bush Administration years. His statistics say that hate crime cases peaked in 1996 with forty nine and had a low of twelve in 2006. Perez added that so far in 2009, twenty five hate crime cases have been filed, the largest number since 2001.

To meet the demand, Perez plans on hiring 100 additional staffers, which will include more than fifty attorneys. The new staffers will also be assisting with the expanded federal hate crimes law that now includes protecting those that are targeted because of their sexual orientation.

That's what I'm talking about. Hopefully, more people will support his efforts.