Today on this trumpcare Bill

Email ThisBlogThis!Share to TwitterShare to FacebookShare to Pinterest
Labels: trumpcare

If passed, 22 million would lose health insurance under the GOP's health care bill vs. the ACA.

Many of these folks are trump voters 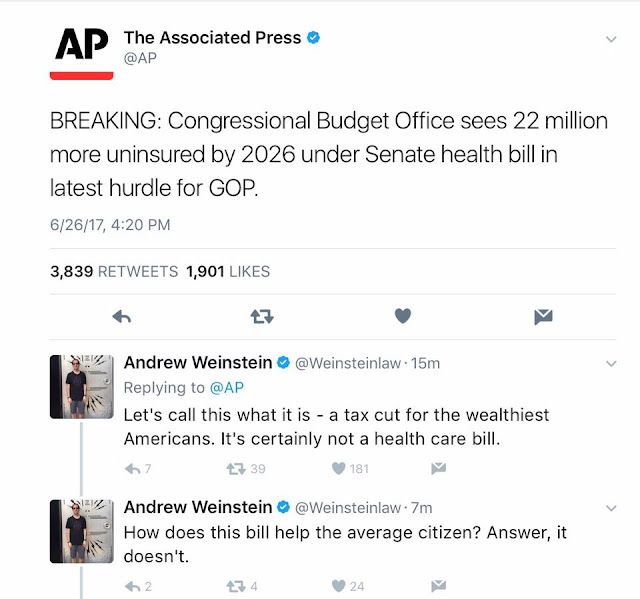 Posted by Wonder Man at 2:18 PM No comments:

So the Supreme Court will review trump’s travel ban in October, and at the same time, allowing a different version of the order to go into effect today.


Individuals from the six Muslim-majority countries affected by the ban ― Iran, Libya, Somalia, Sudan, Syria and Yemen ― who have a bona fide relationship with the United States aren’t blocked from entering the country.

The court’s order released Monday said a “close familial relationship is required” for individuals who wish to live with or visit a family member. When the relationship is with an entity like a university, it must be “formal, documented, and formed in the ordinary course, rather than for the purpose of evading” the executive order.

As an example, they said, students and lecturers would have a formal relationship, as would someone who accepted employment with an American company. But it would not apply to someone who “enters into a relationship simply to avoid” the executive order. For example, the order said, “a nonprofit group devoted to immigration issues may not contact foreign nationals from the designated countries, add them to client lists, and then secure their entry by claiming injury from their exclusion.”

Although the case doesn’t specifically involve refugee resettlement, Monday’s announcement will likely throw a major wrench into the resettlement process. Many refugees who are resettled in the U.S. come from the six targeted countries, so any who have been totally cleared for resettlement and were waiting to travel to the U.S. in the coming weeks will no longer be able to, unless they have family members here.

source
Posted by Wonder Man at 9:15 AM No comments: 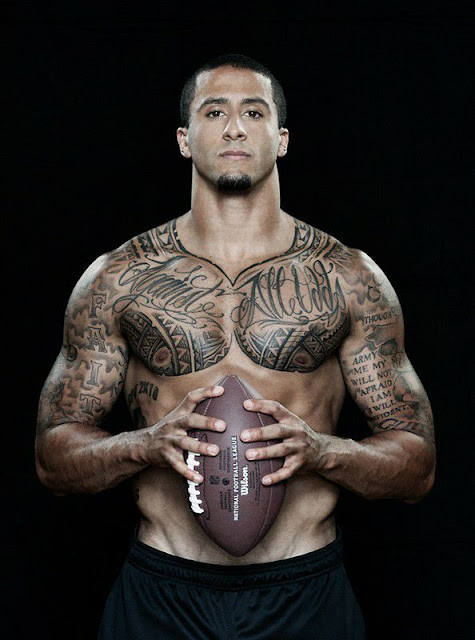 "I have made my decision I will not be participating in this organization called the NFL anymore they don't value what I stand for so I must leave because my activism and the love I have for my people and most importantly building these kids minds with confidence and love for self, Means more to me than any Superbowl Ring. I want black kids to see me and think, 'Okay, he's carrying himself as a black man, and that's how a black man should carry himself. I'm going to continue to stand with the people that are being oppressed."

Writing another comic, but I need your help

Just wanted to announce that StrangeLore Vol 2 is being written! 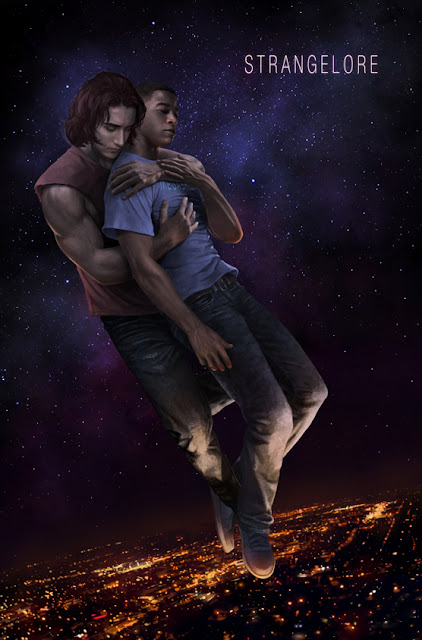 This upcoming story is going to be a game changer and I can't wait to get it out. With that said, I will need your help getting it out there!

I'm starting a Patreon to help with the cost of the pages. I'm hoping you can give what you can to help finish some of Vol 1 and Vol 2. There will be treats along the way and contributors will get some amazing things!

patreon.com/Vkerney?utm_me
Posted by Wonder Man at 9:12 AM No comments:

Johnny Depp in some heat over trump Assassination talk 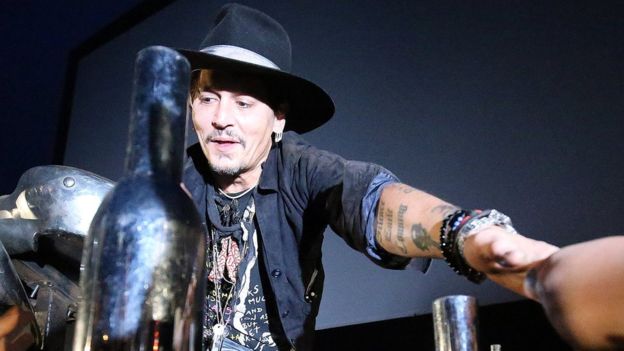 Lord Johnny Depp in is some mess.

While he was introducing his movie “The Libertine” at the Glastonbury festival, Johnny said this:


"Can you bring Trump here?" Folks jeered. "You misunderstand completely. When was the last time an actor assassinated a president?"
"I want to clarify. I'm not an actor. I lie for a living [but] it's been a while. Maybe it's about time. By the way, this is going to be in the press and it'll be horrible. It's just a question, I'm not insinuating anything."

Well, he was right. Folks were upset... well, trump's folks.

Then the White House released this statement:


“President Trump has condemned violence in all forms and it’s sad that others like Johnny Depp have not followed his lead. I hope that some of Mr. Depp’s colleagues will speak out against this type of rhetoric as strongly as they would if his comments were directed to a Democrat elected official.”

Has he? Because there has been plenty of statements and things said, and done that he hasn't condemned.


source
Posted by Wonder Man at 9:06 AM No comments:

The First Photos from the Versace Season of American Crime Story 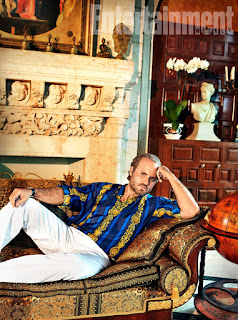 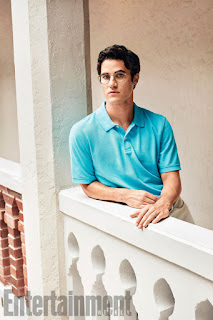 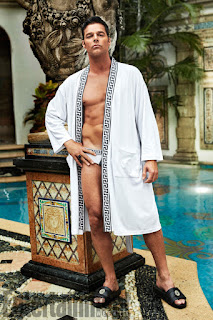 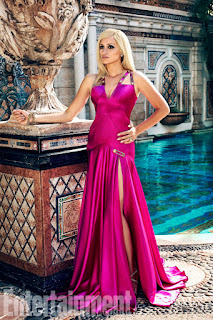 So this happened today...

When asked why Sean Spicer would not be doing press conferences any more, White House hog Steve Bannon blurted out "Sean got fatter" 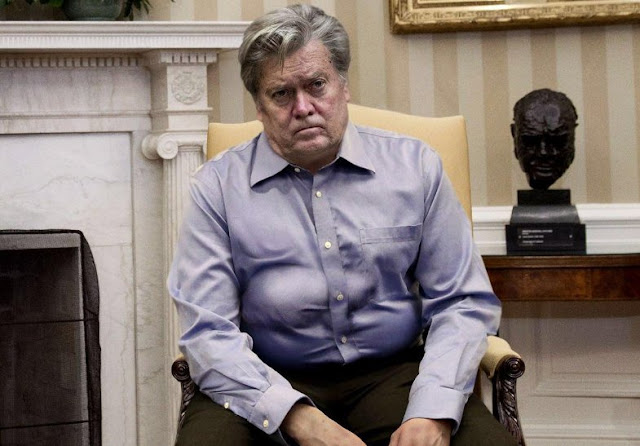 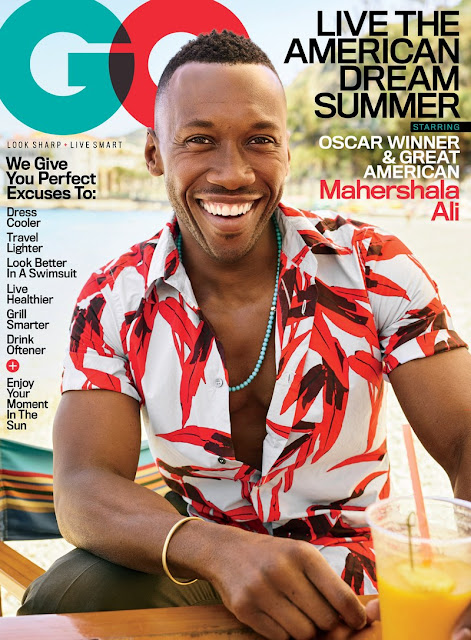 News on the Alexandria Shooting, the suspect is James Hodgkinson


Rep. Steve Scalise, a congressional staffer and members of the congressional police force were shot Wednesday morning in Alexandria, Virginia, in what sources are calling an apparent "deliberate attack."

Scalise, the third ranking member of House Republican leadership as the majority whip, appeared to have been shot in the hip and it appeared two Capitol Hill police agents were shot, Rep. Mo Brooks told CNN. A congressional staffer was also injured. Matt Mika, a lobbyist for Tyson Foods was also identified as one of the victims, and Sen. Jeff Flake said Mika was the most seriously injured.

As more reports pop up, we have learned that James is a Bernie supporter and he wasn't a fan of trump

Colton Haynes: I Was Told I Couldn't Be a Gay Actor 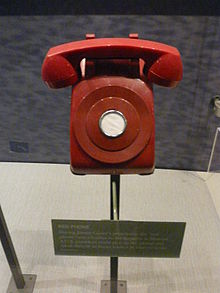 For those who think the Russia investigation is a waste of time...


Russia’s cyberattack on the U.S. electoral system before Donald Trump’s election was far more widespread than has been publicly revealed, including incursions into voter databases and software systems in almost twice as many states as previously reported.

In Illinois, investigators found evidence that cyber intruders tried to delete or alter voter data. The hackers accessed software designed to be used by poll workers on Election Day, and in at least one state accessed a campaign finance database. Details of the wave of attacks, in the summer and fall of 2016, were provided by three people with direct knowledge of the U.S. investigation into the matter. In all, the Russian hackers hit systems in a total of 39 states, one of them said.

The scope and sophistication so concerned Obama administration officials that they took an unprecedented step -- complaining directly to Moscow over a modern-day “red phone.” In October, two of the people said, the White House contacted the Kremlin on the back channel to offer detailed documents of what it said was Russia’s role in election meddling and to warn that the attacks risked setting off a broader conflict.

Please check out the rest of the story, it's a good read
Posted by Wonder Man at 9:58 AM No comments:


The problem at the U.S. Embassy in Romania wasn’t that officials were saluting the flag. The problem was which flag they were saluting. In a tradition most Americans hoped was gone with President Obama, a handful of U.S. diplomats decided to fly the rainbow flag on par with the stars and stripes that millions have died defending.

The jarring sight in Guatemala, Cuba, Macedonia, the Dominican Republican, and other countries was just more evidence of the politically correct mess left behind by the last administration. Although President Trump refused to declare June LGBT pride month, plenty of Obama holdovers are taking matters into their own hands. Out of respect for the voters who rejected that extreme agenda, it’s time for administration officials to step in and put a stop to a display that puts a sexual fringe on the same pole as Old Glory.

And unfortunately, the State Department isn’t the only agency bucking the White House’s values this June. Today, the Pentagon carried on a tradition President Obama began in 2012, holding a special “pride” event at the same time that other military leaders are ready to turn the page on eight years of social engineering.

It was a disappointing development for conservatives, who thought they had an ally in new Defense Secretary James Mattis. FRC’s Lt. Gen. Jerry Boykin (U.S. Army-Ret.) was vocal about his displeasure. “I was hoping that the Trump administration would put less emphasis on everything that does not contribute directly to enhanced readiness and war fighting.”

Leaders of the Conservative Action Project echoed General Boykin’s frustrations. In a letter signed by dozens of organizations, the group calls on the White House to intervene. “The Trump administration should discontinue funding and directing personnel resources for special-interest events, including LGBT-Pride Month events in June, which do not strengthen military readiness. We will support officials and initiatives taken to end politically-correct social agendas, and look forward to more changes that will strengthen the armed forces and restore America’s military readiness.”

The Obama administration worked from Kenya to El Salvador – not to advance his country’s priorities –but the 44th president’s radical social agenda. It’s time for Donald Trump to take a wrecking ball to the LGBT distractions of his predecessor and turn the page on policies that offend more people than they “honor.”

Posted by Wonder Man at 9:49 AM No comments:

This will be seen in most Black Households 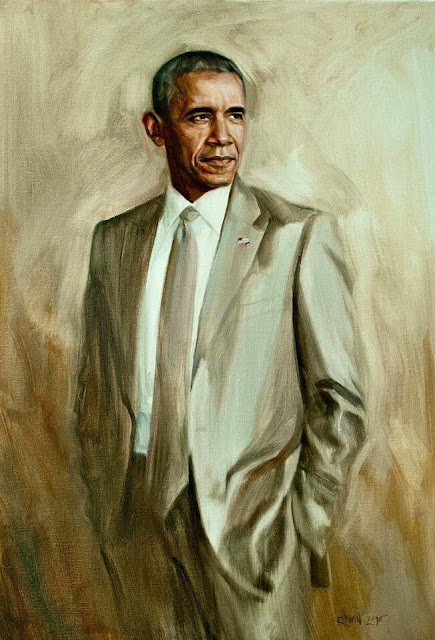 During D.C. Capital Pride Parade, protesters disrupted the event because it's too corporate and marginalizes minorities.


Protesters from No Justice No Pride linked arms to block the parade route near 15th and P streets in Northwest Washington about 5:30 p.m. With a pink, turquoise and yellow banner stretched across the street, the protesters shouted “What side are my people? What side are you on?” and “No justice, no pride.”

“Capital Pride has consistently demonstrated that it is more interested in accommodating the interests of Metropolitan police and of corporate sponsors than it is in supporting the very communities it supposedly represents,” the group wrote in a statement announcing its disruption of the parade.

“Capital Pride is a sham, corporate scum don’t give a damn,” one person posted on Twitter with the hashtag #NoJusticeNoPride.

These companies are fueling the prison system, hurting low income people (which are often queer people of color), and more. We have to address the inequalities within these systems. If not, this whole celebration is a lie.

Posted by Wonder Man at 7:56 PM No comments: 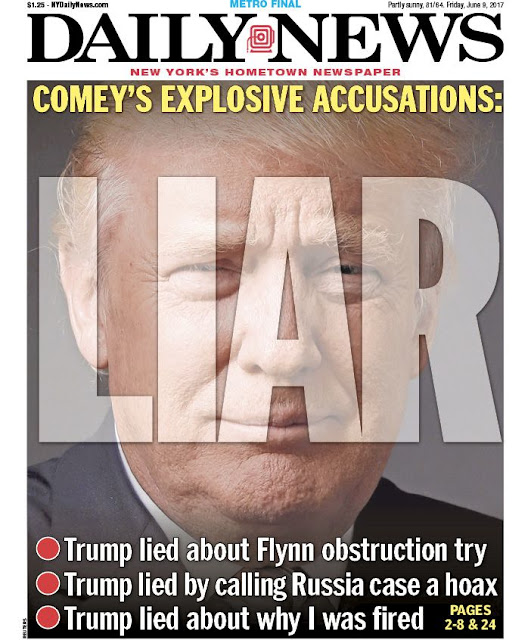 Posted by Wonder Man at 6:58 AM No comments: 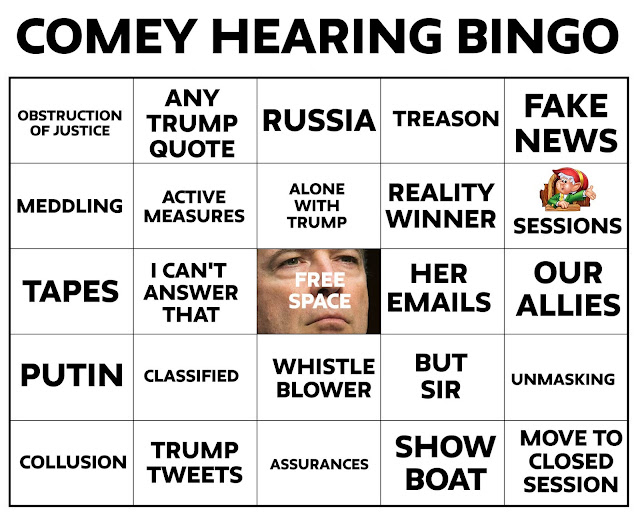 Posted by Wonder Man at 6:57 AM No comments: 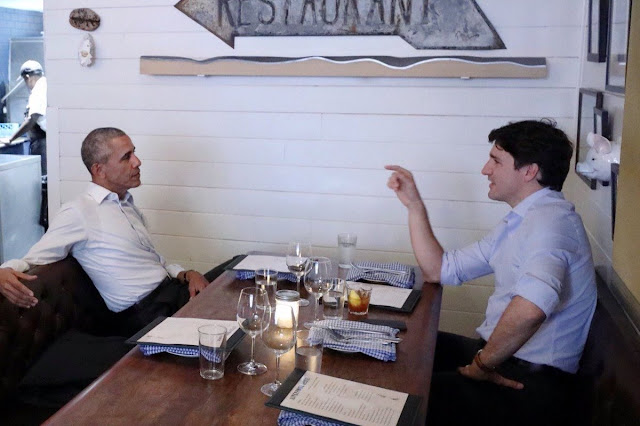 Posted by Wonder Man at 6:00 AM No comments:

Posted by Wonder Man at 5:00 AM No comments:

Jeff Sessions suggested he could resign due to tension with trump 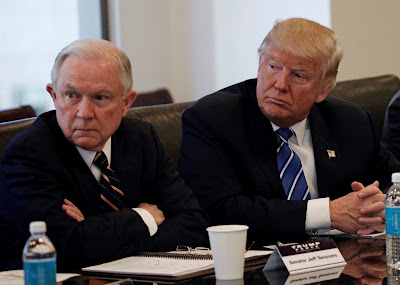 Get into this news

Word on the street says that Session and trump are hitting rock roads. ABC News reports that their relationship is so tense that Sessions suggested he could resign from his role as AG.


The friction between the two men stems from the attorney general's abrupt decision in March to recuse himself from anything related to the Russia investigation -- a decision the president only learned about minutes before Sessions announced it publicly. Multiple sources say the recusal is one of the top disappointments of his presidency so far and one the president has remained fixated on.

Trump’s anger over the recusal has not diminished with time. Two sources close to the president say he has lashed out repeatedly at the attorney general in private meetings, blaming the recusal for the expansion of the Russia investigation, now overseen by Special Counsel and former FBI Director Robert Mueller.


If Jeff resigns, I'm sure more will follow.
Posted by Wonder Man at 4:00 AM No comments:

It's Pride Month... But trump has declared it

.@realDonaldTrump couldn't be bothered to issue a proclamation to recognize #LGBTPrideMonth. Given his record, maybe it's for the best. pic.twitter.com/EwwYU9TLC0