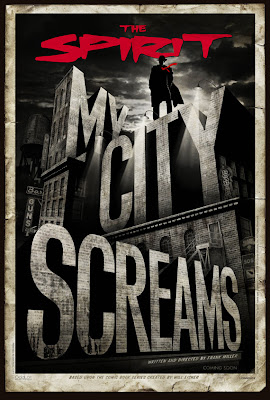 As y'all know The Spirit will be out on Christmas Day. So far we know everything about the femme fatales and Samuel L. Jackson.

But will Ebony White make appearance? Who is he? Ebony is the Spirit's sidekick who helped him out of tough situations and drives him in his taxi. If so I hope not this version. 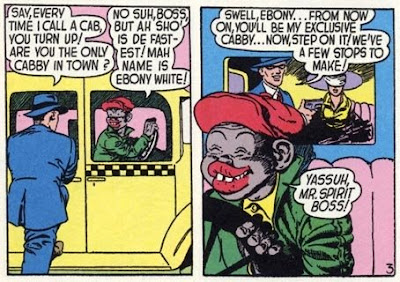 The 1st version was a complete stereotypical version of Black folks. He talked and acted as the victim of the Jim Crow era. After much criticism over Ebony, the creator Will Eisner decided to change the character by sending him to school in the February 10, 1946 strip.

Years later he came back or revamped into this guy or kid. 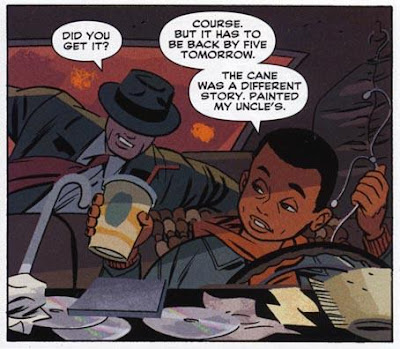 That is jacked up ! I didn't know about the backstory on that.You do know that what chatrooms are for.I might talk about it on my blog.

This particular issue makes me ponder. I don't think Eisner was a racist, just born of the ignorance of his time, but then again isnt that still racism?

I love his work, and it's interesting to me that someone who was so involved in breaking down Jewish stereotypes would create such a character as Ebony.

YIKES! Yeah, no way that first one's showing up in the movie.

I loved Sin City, and I'm thinking this will be a pretty good flick (hopes).