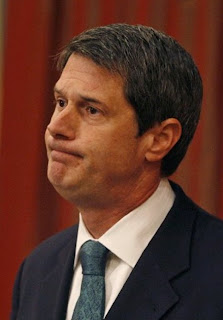 "I don't know what Sen. Vitter has against GM or the United Auto Workers or the entire domestic auto industry; whatever it is, whatever he thinks we've done, it's time for him to forgive us, just like Sen. Vitter has asked the citizens of Louisiana to forgive him, " said Johnson, president of Local 2166. Otherwise, it would appear he'd rather pay a prostitute than pay auto workers."

Sen. Vitter is a part of a handful of Southern Repubs opposing the auto industry bailout. He was also a part of the Washington Hooker scandal last year. I guess you can say that he would rather pay for diapers than a bailout.
Posted by Wonder Man at 3:41 PM