Hey America! I Deserve Protection, Too! 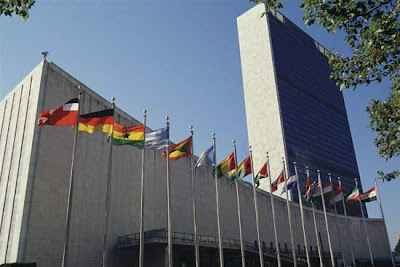 USA, USA, USA! That chant is a joke to me. We are being ridiculous about this UN decriminalizing homosexuality thing. While 66 other countries are on point and on board with the change, we are still not standing up for all our people.

What a lovely message to send to us America. We protect everyone but you, gay folk....okay, a great way to start the day, I tell you. But we are not alone, Russia, China, the Roman Catholic Church and members of the Organization of the Islamic Conference are also at our side.

For some reason we along with the other silly countries and church, believes it will legitimize pedophilia and other “deplorable acts.” Deplorable, I never had that title before.

The declaration, sponsored by France with broad support in Europe and Latin America, condemned human rights violations based on homophobia, saying such measures run counter to the universal declaration of human rights.

“How can we tolerate the fact that people are stoned, hanged, decapitated and tortured only because of their sexual orientation?” said Rama Yade, the French state secretary for human rights, noting that homosexuality is banned in nearly 80 countries and subject to the death penalty in at least six.

France decided to use the format of a declaration because it did not have the support for an official resolution. Read out by Ambassador Jorge Argüello of Argentina, the declaration was the first on gay rights read in the 192-member General Assembly itself.

Although laws against homosexuality are concentrated in the Middle East, Asia and Africa, more than one speaker addressing a separate conference on the declaration noted that the laws stemmed as much from the British colonial past as from religion or tradition.

Navanethem Pillay, the United Nations high commissioner for human rights, speaking by video telephone, said that just like apartheid laws that criminalized sexual relations between different races, laws against homosexuality “are increasingly becoming recognized as anachronistic and as inconsistent both with international law and with traditional values of dignity, inclusion and respect for all.”

Take heed America, power in world does not mean money, weapons, or oil. True power is in forward thinking and progress. Setting the tone for equality that's what we should be strong in. However, I'm not sure where we are anymore. I have to say that right now, I'm not a patriot.
Posted by Wonder Man at 11:40 AM

Power truly is in celebrating the beauty in every citizen of your country.... not just some.

Yessir, it's the American theocracy in action. Our Puritan roots and our current Stockholm Syndrome with the Christianists are showing.