It's not a surprise this happened, considering how sucky the Prince Caspian flick was. But here's the news

The Chronicles of Narnia: The Voyage of the Dawn Treader" will have to sail without Disney.
This was no surprise, but I thought I would post it.

While declining to elaborate, Disney and Walden Media confirmed Tuesday that for budgetary and logistical reasons the Burbank-based studio is not exercising its option to co-produce and co-finance the next "Narnia" movie with Walden.

The third entry in the series, based on the classic books by C.S. Lewis, was in preproduction and set for a spring shoot for a planned May 2010 release. The development puts the participation of the talent attached in doubt. Michael Apted was on board to direct a script by Steven Knight. The key players of the second installment, "Prince Caspian" -- Ben Barnes, Georgie Henley, William Moseley and Anna Popplewell -- were to return for the third film. 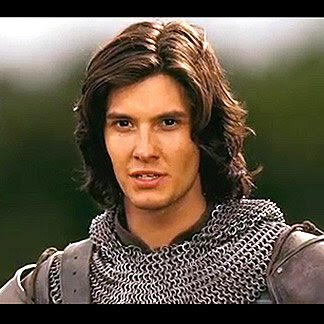 Walden has a strong relationship with the Lewis estate and will shop "Treader" in hopes of finding a new partner. The most likely candidate at this stage is Fox, which markets and distributes Walden fare under the Fox Walden banner.

People watched it, but it was nothing like Harry Potter or LOTR. I guess folks had their fill of the fantasies
Posted by Wonder Man at 11:25 AM

Email ThisBlogThis!Share to TwitterShare to FacebookShare to Pinterest
Labels: Disney, movies, pull-out, The Chronicles of Narnia

Tim bought Part 2 for me and I found the movie to be incredibly BORING.