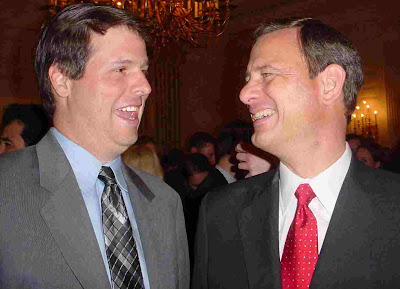 "As you may know, the precinct recount phase of the Minnesota Senate race was won by Sen. Norm Coleman on Election Day. But Al Franken still won't concede. Instead, Franken raised millions of dollars from liberals in New York and Hollywood to fight a "legal" battle to undo the will of the voters. He even got the Minnesota Supreme Court to order canvassing boards to consider about 1600 previously rejected and questionable ballots. Now, Republican Norm Coleman has until December 31st to fight against Franken's liberal legal team to keep his Senate seat. RNLA and Norm Coleman are fighting for every vote -- literally!"

Repubs are scared to death that Franken may "steal" the election.
Posted by Wonder Man at 11:48 AM

Coleman never won the election. The guy's statement was mostly false, and it wasn't even a smart lie. Republicans are like Wichita Falls Cowboys fans tweaking on meth. They're totally nuts.

Hrmmmm . . . Michael Thielen, STFU you whiny loser bitch. You might want to think twice about bringing up Supreme Courts and undoing the will of the voters. Short memory?