Marvel Teases the Return of Phoenix at NYCC 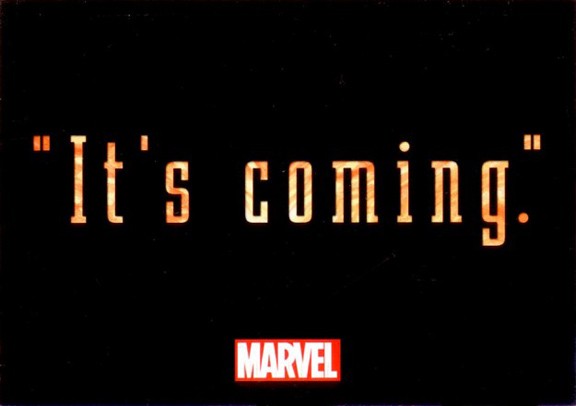 At NYCC, Marvel went hard on new titles and new info. In the mix, was new info about a favorite X-Man possibly making a comeback: Marvel concluded its Cup O' Panel at New York Comic Con with a characteristically ominous image that hinted strongly at an incoming story that should delight some X-Men fans: that of the Phoenix. While the publisher has yet to release the teaser image shown to fans at the convention, Marvel did send out the above "It's coming..." postcard to comics stores and media outlets earlier this month. It's unknown whether the Phoenix will once again take the form of X-Woman Jean Grey or another character, but the panel confirmed that the story will begin in Point One.

I use to wanted to be Phoenix as myself.

Gawd, I want my Jeannie back.

I was there. Lackluster Panel, but I had a nerdgasam when this was spoken.

I hope they follow closely with the Dark Phoenix saga. Otherwise...Boo to this.

By the by the first time I every heard of Phoenix was on the Dark Shadows show with Lara Parker and David's mother who was the Phoenix. The show was made in 1960. She was a creature of fire.

@Prince-it's in the comics not a movie or anything.

In a way I hope she stays dead. That would be a first in comics!