Get Ready for a 'Punisher' TV Series 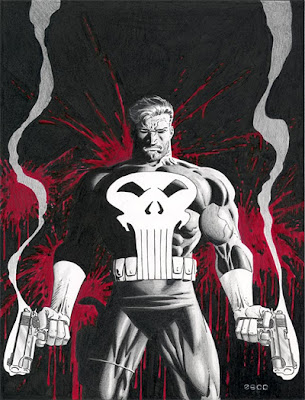 Marvel is set to take over the tube with several comics series,. The latest edition is The Punisher.

Deadline has the scoop:


The Punisher is described as an hour-long procedural with a Marvel signature and a new take on one of the comic book giant’s iconic characters, Frank Castle, a rising star detective with the New York Police Department who moonlights as the vigilante Punisher, seeking justice for those the system has failed. Bernero will executive produce along with Marvel. This marks the first sale this season and the first one ever outside of ABC for Disney-owned Marvel, which is developing TV series based on its properties through ABC Studios.

The movies didn't do so well, perhaps a series will help the story of Frank Castle flourish.
It's actually weird to use 'Frank Castle' and 'Flourish' in the same sentence.
Posted by Wonder Man at 9:28 AM