After 18 years, River Phoenix's Final Film will be Released 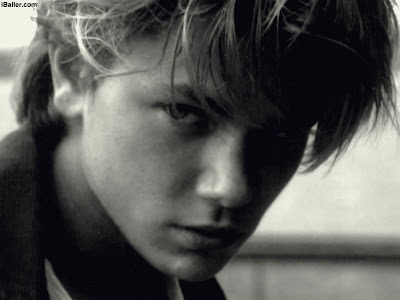 If you don't know, I'm was a huge River Phoenix fan. And today's news really excited me. His final movie 'Dark Blood' will be released next year.


After Phoenix’s death, apparently of a drug overdose, Sluizer took the original Dark Blood footage and kept it hidden fearing, he says, it would be destroyed. The director has now re-edited the material and believes with a few adjustments – using voice over for instance – he can now deliver a final cut of the film for release next year.

Sluizer, mainly known for his acclaimed film Spoorloos, remade as The Vanishing starring Jeff Bridges and Kiefer Sutherland, said he plans to ask Phoenix’s brother Joaquin Phoenix to do the film’s voiceover as River’s character Boy.

“The voices of both brothers are very much alike,” the director, who has stayed in touch with the Phoenix-family, told THR.

In Dark Blood, Phoenix plays a hermit living in the desert on a nuclear testing site as he waits for the end of the world. When a Hollywood jet-set couple (played by Judy Davis and Jonathan Pryce) arrives to find shelter, he begins a troubled relationship with the wife.

I hope this movie will be good
Posted by Wonder Man at 11:57 AM

Today has been strangely River-centric for me. Did you see my status on Facebook?

Yes, I thought this post would continue the strange River-vibe

My favorite movie was Dog Fight. I think that was River's best.