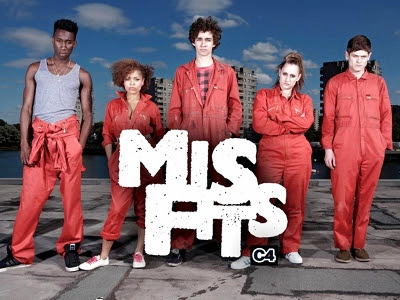 This hurts! I mean really HURTS!

If you haven't heard about the British Sci-Fi hit 'Misfits", then you're missing out. It's like the best show out there. But now they are trying bastardize Americanize it!


A deal between the Schwartz’s Fake Empire banner and Warner Bros. TV has just been finalized for the rights to the show which is said to follow a group of working-class teens who find themselves endowed with superpowers following an electrical storm. Sounds like standard superhero fare [Matt's note: I've seen the first season of the UK series and it's not standard superhero fare because the characters aren't heroes.  It's irresponsible teenagers with superpowers and they're kind of jerks to each other about it] .  , but in Schwartz’s hands, I’m sure it won’t be as dramatic as something like Heroes.

Josh also has the co-creator of the series working with him:


The series is being developed outside of the normal process with Schwarz and Misfits co-creator Howard Overman writing the pilot on spec and then shopping it to networks later this year or sometime early next year. Of course, taking a show from across the pond that is already good enough to get American viewers interested, especially after winning the BAFTA for Best Drama Series, could be risky for those fans who have already fallen in love with the original series, but with Overman co-writing the pilot, there’s a good chance this remake could really take off.

I don't know, I don't know! The series is fine, it doesn't need to be remade for the USA! I hope they reconsider. I know Josh is a good writer. He can come up with something else. But please, leave my 'Misfits' alone!
Posted by Wonder Man at 6:24 AM

They already screwed up Being Human, guess it was just a matter of time before they beat this great idea up and vomit back onto the states. (Heard they messed up Skins too, but I haven't watched either of those yet.) Thank goodness the original is on Hulu.

Misfits does not need this. Putting it through our filter will ruin it.