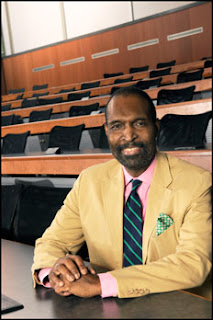 Byrd was the founding co-chair of the Alice Walker Literary Society and was a consultant for the United Negro College Fund. He played a key role in bringing Walker's archives to Emory's library.

In April, it was announced that Emory received a $234,000 grant to study how the civil rights movement intersects with today's black LGBT movements.

The grant was the largest awarded to Atlanta-based Emory from the Racial Justice, Sexual Orientation and Gender Identity program of the Arcus Foundation, "a global foundation dedicated to advancing equality for lesbian, gay, bisexual and transgender people," according to the Emory Report. "It is historic that the Arcus Foundation has taken this step," said Byrd at the time, He was also the Johnson Institute's founding director and Goodrich C. White Professor of American Studies.

Earl Lewis, the Asa Griggs Candler Professor of History and African American Studies, as well as, the Executive Vice President for Academic Affairs and Provost, stated:


"For many of us Rudolph was not only a symbol of dignity, propriety, determination, elegance and stamina, he embodied what it meant to live with purposefulness and grace, even to the very end. As others have said more than once in the last few weeks, Rudolph remained the consummate teacher: he taught us to live and how to die."

Rudolph died from multiple myeloma, a cancer of the plasma cells. He was 58 years old.

I'd never heard of him.
Thanks for the history lesson.

What Bob said....He looks kings ill in this pic.

Way too young. Rest his soul.