Members of Eddie Long's Church accuse him of Fraud 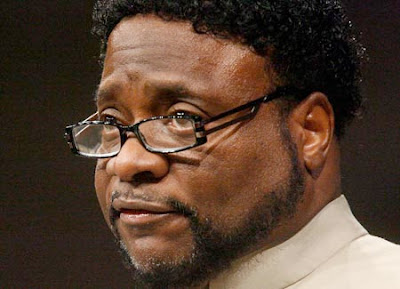 Eddie Long is feeling the wrath of his sins! 10 former members of the cult New Birth Missionary Baptist Church claimed they lost their retirement savings through his investment schemes. Now, they are suing Eddie and his evil compound:


The ex-members say Long used his power as a pastor to get them to invest in the financially troubled City Capital Corp., reports CBS affiliate WGCL.

The plaintiffs said in a lawsuit that in 2009,  Long invited Ephren Taylor, then CEO of the company, to speak at New Birth, and that Taylor told members how they could get rich. Instead, the plaintiffs said they lost all of their money.

One church member, Lillian Wells, says she lost $122,000, her entire life savings.
"[Taylor] knew what he was doing and it was one more plot to get money from us," Wells told WGCL.
New Birth's spokesman Art Franklin declined to comment.


Long has previously been accused of luring young men into sexual relationships when they were enrolled in New Birth's ministry for teen boys. He reached an out-of-court settlement with four accusers.

This is the beginning of the Karma ride for Eddie Long. This should be a lesson for many fools who follow him.

source
Posted by Wonder Man at 8:12 AM

Just because he is doing wrong his message is true. He will pay a high price for his actions too.