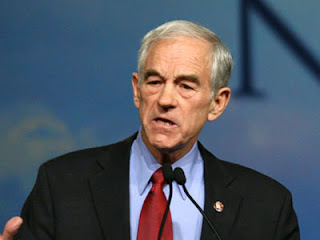 
"Well, like I said, everybody has the same rights as everybody else, so homosexuals in the military isn't a problem. It's only if they're doing things they shouldn't be, if they're disruptive. But there's ... men and women getting into trouble with each other too. And there's a lot more heterosexuals in the military, so logically they're causing more trouble than gays. So yes, you just have the same rules for everybody and treat them all the same."

BTW, Ron did vote for the repeal of DADT.
Posted by Wonder Man at 12:02 PM

Email ThisBlogThis!Share to TwitterShare to FacebookShare to Pinterest
Labels: DADT

That's kind of a no-brainer, since there are more heteros in the military.