Jennifer Love Hewitt is "OBSESSED" with being Wonder Woman 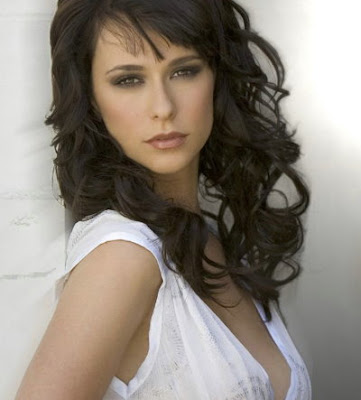 Jennifer really wants to be Wonder Woman. Last year, she told MTV she wanted the role, now she's craving it. She told MSN:

"I'm fighting so hard. I think Warner Bros. is getting ready to make Wonder Woman and I really want to play Wonder Woman. I am obsessed with Wonder Woman."

Well, I'm not sure if I see her as Diana, but you never know. This could change.

However, I hope she doesn't take the Sean Young route. Remember this?

The video sound goes in and out, but this clip shows Sean begging to be Catwoman and we know how that turned out.
Posted by Wonder Man at 10:26 AM

No. Casting her as Wonder Woman would be on par with casting her as Audrey Hepburn...All WRONG.
JLH is not tall enough. She does not have Diana's beauty. Nor does she give me that, "I am woman watch me whoop your ass" vibe.
No.
My vote is for Charisma Carpenter.

Have u seen the vid of Sean Young playing Wonder Woman's younger sister... on Late Night with David Letterman?

As I was reading my mind went to the Sean Young / Catwoman thing...and there you had it.