Why I think the White House Pride Reception is Important 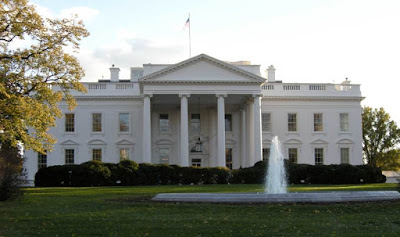 The White House is holding their usual LGBT Pride Reception next week. However, some gays are throwing a hissy fit about this.

Some folks are encouraging others not to go, act up or crash the party. Then, we have the self-important bloggers and activists whining about not getting an invitation, although these are the same people who bitched and moaned about Obama every 20 seconds of every minute.

But instead of making unnecessary drama out of this event, let's look at the reception as a good thing.

Several important LGBT leaders are attending this event. Folks like Charlene Strong, who helped moved the Domestic Partnership law into reality or Ian Palmiquist, the Executive Director of Equality NC and the force behind many LGBT initiatives in that state. Their voices could jumpstart the next wave of LGBT accomplishments.

Also there are a high number of LGBT youth attending this event. These young leaders can be fire in the social justice battle. Plus these kids are not bitter and easily misled, this generation has a go-getter attitude; something needed in this civil rights fight.

This reception could open a lot doors and hopefully encourage the change Obama talked about. We need to use these opportunities to plan, strategize and network with our allies and colleagues. Let's not waste these chances, by being assholes. It hasn't worked at all so far.

And another thing, for those folks who are asking or demanding the White House for their invitations. You should ask yourself... Why should I get one? What have I really done for the LGBT community?

Bitching, lying, misleading others, making up crap and spreading rumors don't guarantee an initivation.
Posted by Wonder Man at 1:00 AM