The Challenge to DADT goes back into Court 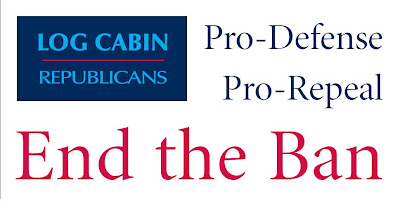 We have another DADT case heading into court. This one is sponsored by the Log Cabin Republicans.

He says the group hopes to end the 1993 policy by having it declared unconstitutional.

If the group wins, Woods says it could set a precedent for the entire nation.

The Obama administration supports the drive to repeal the ban but faces a tough road ahead in the full Senate, where Republicans are likely to filibuster it.

I know Obama's folks may DADT in court, I'm not a fan of that, but I get it. It is still law, however I hope this case crack DADT enough to take it down in the months to come.