My Crazy Idea for a 3rd Batman Movie 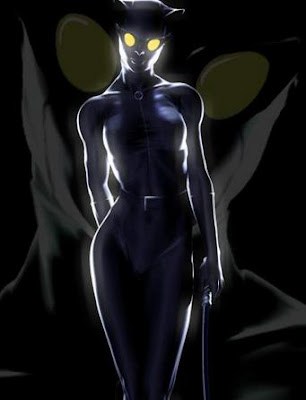 The 3rd Batman movie is coming in 2 years. And I got to thinking, what I would do if I had to make this flick?

I thought about it and came up with a crazy plot. So, here is my idea for Batman Trois:
So that's a crazy idea I had. Nothing award winning, but I thought it could be fun. I've always liked the idea of Selina being from the streets and super tough. Also having a book/street smart Riddler. But it's just a crazy idea.
Posted by Wonder Man at 5:07 AM

You have some awesome ideas... And, it could be award-winning... Who would you cast as all your characters?

I like the focus on Catwoman, and I love the origin you gaver her.
But I don't think I'd enjoy watching Bruce not be Batman, or would I want to watch a bunch of story of some little girl and Catwoman, if it's a Batman Movie.
Now... If this is a Catwoman Movie... then I'm all game, and it's ok not to see Batman until the end.