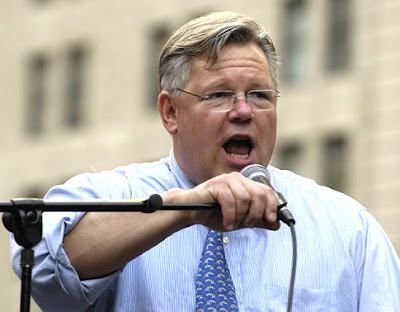 After years of fighting for this bill to be real, NY Senate succeeded in passing the Anti-Bullying Bill.

The bill passed 58-3, with three Republican senators voting against it: John DeFrancisco, George Maziarz and Dale Volker. Republicans attempted to amend the bill to include “cyber-bullying” that might take place off of school grounds, which amendment sponsor Sen. Stephen Saland called a “glaring omission” from the legislation.

“It’s a very important bill for many many reasons to many many people, and it’s a very important bill for, I hope not too many generations, but certainly at least for a generation or two to come,” said Sen. Tom Duane, D-Manhattan, the bill’s sponsor. “A students ability to excel in school is severely hampered by taunting, or intimidation or bullying.”

The bill would apply to events on school grounds and at school functions. It only applies to public schools. It prohibits harassment, “the creation of a hostile environment by conduct, verbal threats, intimidation or abuse that has or would unreasonably interfere with educational performance, opportunities, benefits, or physical or emotional well being, or cause fear for physical safety” an prohibits discrimination based ond “actual or perceived race, color, weight, national origin, ethnic group, religion, religious practice, disability, sexual orientation, gender or sex.”

“If I hadn’t been afraid in schools, I would have done better in school,” Duane, who is openly gay, said.