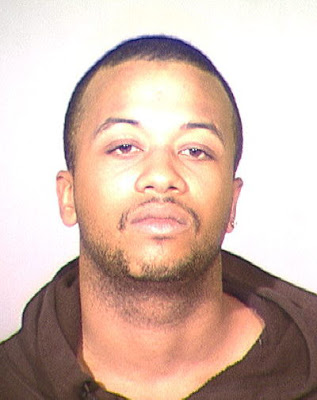 Over a year ago, Keith Phoenix murdered Jose O. Sucuzhanay on a Brooklyn street last year because he thought he was gay.

He went court and it was declared a mistrial because the jury wasn't sure on the story. But new trial wasn't that long. The jury found Keith guilty of a Hate Crime Murder!

“This verdict sent the right message,” said Diego Sucuzhanay, another of José’s brothers, after the jury announced its verdict at roughly 9:30 p.m. on June 28. “We believe that justice has been done for our brother.”

Phoenix, 30, and Hakim Scott, 27, assaulted the brothers after mistaking them for a gay couple as they were walking home early in the morning on December 7, 2008 in Brooklyn’s Bushwick section. The two Ecuadorian immigrants were huddled close together to stay warm.

Phoenix was convicted on the top counts he faced and could get as much as 40 years in prison for the killing when he is sentenced on August 5. His first trial ended in a mistrial after one juror held out for a manslaughter conviction while the other 11 wanted to convict on second-degree murder. The first jury did not believe the attack was a hate crime.

Scott was convicted on manslaughter and attempted assault charges on May 6, though not as hate crimes. Scott will be sentenced on July 14.