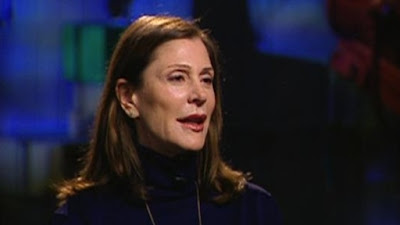 Lauren Shuler Donner is a major producer and a huge player in the movie game. Her work includes all X-Men movies, You Got Mail and Thank God It's Friday (I'll let X3 and that horrid Wolverine movie slide)

But she wants something else on her long list of films... Wonder Woman!

Miss Girl wants to do Wonder Woman and telling Warners and DC Comics to give it to her.

The rights are back with DC and Warner Brothers, Donner says. So Donner is making phone calls, taking meetings and telling the press she wants it. "I've campaigned for it. I'm going to campaign some more. I want to produce Wonder Woman."

Donner has done well with the X-Men franchise. Maybe it would take a woman to really understand Wonder Woman. "Look, she's a goddess and a superhero. How great is that? I think you need to stay close to the myth, but the studio I know wants to make it accessible, i.e., somewhat contemporary. I think there is a way to do it."

A new Wonder Woman would be a juicy role for some young actress. Donner would hope to cast a young up-and-comer so she could make a franchise out of it. "I think so, because I'd like it to grow. I think there's a lot of Wonder Woman stories that would be great to tell. I see a couple of them."

Donner's version would even be open to women of all types. Princess Diana is usually portrayed as a Caucasian woman, but in 2010 Donner sees a multi-ethnic Wonder Woman. "Oh, definitely. I would hope all movies are. Really, I think all movies should reflect the world."

I want Diana to be as Greek looking as possible. I'm not a fan of changing her to be Black or Asian. Diana is one of the Big Three, she should be respected in the same way as Kal-El and Bruce. If they are going to follow any version, follow George Perez's Wonder Woman. 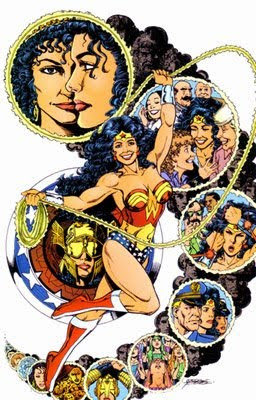 She has to be done right.

source
Posted by Wonder Man at 3:37 AM

I think she would do brill as the producer.

I agree with you V - the Perez version is the closest to what I imagine the movie version to be.

I wonder what she means by mutlti ethnic Wonder Woman?
I would like a Greek looking Wonder Woman... but a very mixed race woman might fit the role too.
Lynda Carter is of German and Mexican heritage. Those genes sure filled out that outfit.