When is it a Crime to have a Different Opinion?

I wonder if Robert needs a hug after these press conferences. 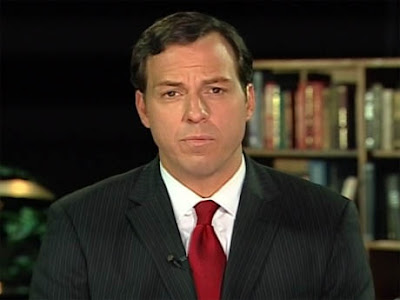 Which is that same-sex marriage is wrong.

Gibbs: He does not support it. He supports civil unions.

Why does he feel differently than President Bill Clinton?

Gibbs: Because they don't agree on the issue. (Laughter.) I've not obviously spent a lot of --

That's not really an explanation of why he feels differently. That's another word for it.

Gibbs: Well, I mean, I'm happy to -- I mean, I think the President has answered this question a number of times. I can't form a basis for why former President Clinton -- I've obviously not had a conversation with him on this issue, so I don't know what -- it's hard for me to compare some of this because I don't have the basis by which he's making that decision.

I don't know about those questions. It felt like Jack was saying Obama should think like Clinton and if Clinton supports it, then he should too.

Why do they hold different opinions? I'll give you 2

Obama has always said he does not support gay marriage, but supports civil unions. We know that. It's nothing new; that what he believes.

But if Jake wants to know the deep, dark reason...he should just ask Obama himself.
Posted by Wonder Man at 7:25 AM

That's some investigative journalism for sure, isn't it? LOL

It seems he was trying to get a reason why President Obama feels gay marriage is wrong... And, you're right about your #1 reason, you can say how you really feel when you're not in office (Bill Clinton) or not running for office (Al Gore).

What's wrong with a supporter asking why Barack only supports Civil Unions? Because asking that question would make him have to say WHY gay marriage is wrong. Which he has not.

As far as your comment about Jake asking Obama himself, well, some have asked him and he his only answer is that he supports Civil Unions, which isn't an answer at all.

Correct me if I'm wrong, but, don't we all want to know why our President doesn't support full marriage equality? WHY he feels differently?

I respectfully disagree with the feeling that Jack was trying to say Obama should think like Bill Clinton, but merely trying to get an answer as to WHY he doesn't.

I can understand the question. It just seemed pointless. But it would be interesting to hear Obama's reason.

If you search YouTube you catch pre-candidate Obama being very supportive of gay rights in general, including marriage.

It's only since he ran for and won the office of President that he's taken on the civil unions tact.

In other words, classic politician.

I can’t imagine anything more important, to any entity’s efforts to solve its problems and improve itself, than having respect for the conflicting views of its constituent members, and being able to incorporate those varying views into an optimal solution or approach. Unfortunately, at least in the current political environment, I am concerned that this principle may not be in operation.