From Comic-Con: The Vampire Diaries is the "Ishtar" of the Fall Season 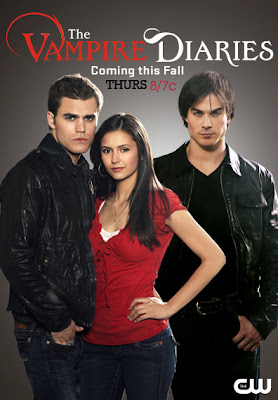 At Comic-Con, you get to see the pilots for most supernatural and sci-fi like shows. The lines are incredibly long, but usually worth it.

But not CW's, The Vampire Diaries.

That session was the talk of the evening. During the Gay in Comics mixer, folks were bashing it royally. They even left the screening early, saying it was a bad wet dream. Several viewers were making jokes, saying: they would rather lose their balls than to sit through that mess again.

Other reviews were just as bad. i09 said:

Sadly VD makes Twilight look like Shakespeare. This show is a giant sparkle of crap.

The reception wasn't the greatest for the "Twilight-like" TV show. It wasn't that bad, but it had many similarities to the Stephenie Meyer story, and they seemed to be unpopular with the "Twilight" heavy crowd.

It's almost enough to make one feel bad for the show until one considers that, well, "The Vampire Diaries" pretty much sucks.

There's more, but I'll stop the hater party. However, it doesn't look good for the show's future. I knew it would be bad, but we will see how CW struggles to keep the show alive.

But on a great note, the True Blood session was the bomb!!! More of that later.