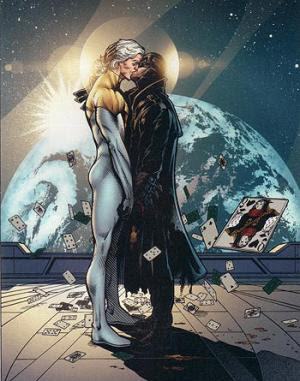 I'm a little sad there was not a lot of coverage of the SDCC Gays in Comics panel.

I noticed on my news feed a few links to my quick coverage. When I checked them out, they were linked to forums or a few other gay websites saying that my post was all they could find.

But I would've like to see our issues in the mainstream comic blogs and sites. Many of these blogs covered most of the other panel discussions, but not the Gay ones. I shouldn't expect them to, however it would be nice to be included in the mix.

I also noticed that a few gay blogs covered the panel as well. However, they did focused on the hottest guys at Comic-Con, but again, it would've been nice to see our own peeps talk about the breakthroughs and triumphs we are making in the comic book world.
Posted by Wonder Man at 11:28 AM

I don't suppose you took any notes?