Tom Baker Returns as The Doctor 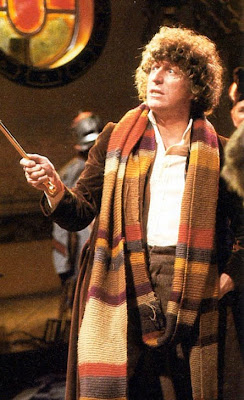 Tom Baker is taking on the role of that mysterious time-traveler, the Doctor, for the first time since 1981. A new series of five linked Doctor Who audio plays brings back Baker's anarchic portrayal... with a surprising old companion.

Of all the companions you'd expect the BBC to pair Tom Baker with, in his new series of audio plays, probably the last one you'd think of would be retired Army Captain Mike Yates, last seen in 1974's "Planet Of The Spiders." The mixed up, conflicted Yates had to leave the paramilitary world-saving organization UNIT after he secretly joined a team of mad-scientists and fanatics who were flooding London with dinosaurs. (It's all because an evil computer brainwashed him and he got confused. But then he got into meditation, so it's okay.)

This could be fun, I wonder if iTunes will get this.

If iTunes does, then you better believe I will! (and maybe even if they don't)

Tom Baker IS the Doctor.