Dumb Article of the Day: Queerty's How Come Obama Isn't Inviting Gay-Hating Cops and Their Victims to the White House? 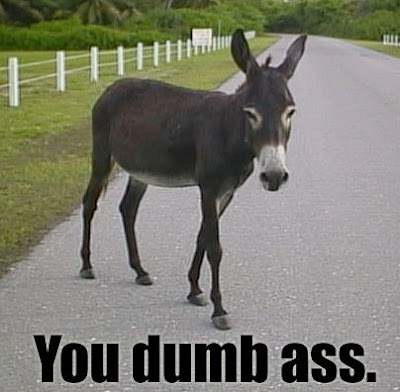 Just when I thought Queerty was getting their act together, they do this:

Barack Obama ate his own words responding to the arrest of Harvard professor Henry Louis Gates Jr. when he said the police acted "stupidly" in arrested the prof. He's since apologized for his language, because it looks bad if the White House calls local police names. So to make things all warm and fuzzy, Obama invited Gatse and James Crowley, the Cambridge police sergeant who arrested him, to the White House to make nice. All over what can be boiled down to a scuffle between a cop and a man who forced his way into his own home. So how come Obama doesn't open the White House's doors to another cop-v-civilian encounter — that's actually rooted in bias?

Gates himself has eschewed any notion that his arrest was based in racial profiling; he says he's glad the cops were called! Crowley, meanwhile, teaches a police class on race. So from all corners of this event, it appears the whole white v. black issue is, mostly, moot.

But ya know where claims of police arrests based on bias are not dying down? In the case of the Stonewall-style raid of Ft. Worth bar Rainbow Lounge in June. While Gates' incident resulted in handcuffs and a media storm, the Rainbow Lounge "incident" left Chad Gibson in the hospital with a bleeding brain and weeks of recovery ahead of him. Not exactly apples to apples, is it?

So how come the president isn't opening his doors to Gibson and the Ft. Worth Police (and Texas Alcoholic Beverage Commission) so they can have a make-nice pow-wow? Even after both the cops and the TABC admitted wrongdoing?

Perhaps because Gibson isn't an Ivy League crony of Obama's. Perhaps because Texas is too far off Obama's radar. Or perhaps because that would mean Obama would have to involve himself in those gay issues again.

Please, this too far out there. They should remember that Obama misspoke and he wanted to apologize to the cops. Obama had nothing to do with the Texas situation, so it would be silly to invite them to the White House.

Also if that was the case, then he would need to invite, the cops who racially profile, use the wrong procedures, arrest the wrong people, use police brutality, launder, sleep with hookers as a way to get out of jail free and other crazy reasons I don't feel like listing.

Queerty, we know you are trying to bring readers to your site, but there has to be a better way than this.
Posted by Wonder Man at 12:51 PM

Oh geez... Next these assholes are going to say the fly he swatted was gay.

or his dog is a homophobe

Oh, the better NOT go after Bo!