I was Hit by a Drunk Driver 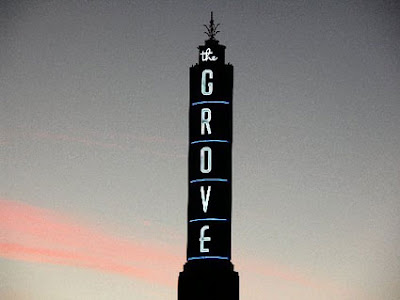 Last night, I was going to Whole Foods to get dinner. When I was at a stop light, this guy hit me from behind. It wasn't a big bump, but you could definitely feel it.

So I got out to look at the damage; luckily it was a minor scratch, however the driver was out of it. He gave me his info and mumbled a few things. I suggested that we pull off to the side handle this. The witnesses flagged the cops to check things out. Now I have to admit I was nervous about L.A.P.D., but we were out by The Grove, so I had faith.

As the cops talked to the guy, they realized that he was drunk and didn't have an ID. Then he start cussing at the cops, which lead into him getting cuffed and put down on the ground. I was totally floored by this, until they start asking me questions.

The cop, who was very cute, asked me...
That's where I slipped and said: Honey, does it look like I'm in a gang?
He gave me this weird look, before laughing. I apologized, but I guess I wasn't "there" at the moment.

As they put the guy in police car, I start to feel bad for him. I wasn't trying to get him arrested, I only got the cops involved for insurance purposes. I told the cop I didn't want the guy to get arrested. But the cop said, that he was completely drunk and I was lucky that it was just a tap on the back bumper. Then it hit me, I was hit by a drunk driver.

But I was still worried about the guy and his life. What if he had a family? What if he lost his job and today, he drank to chill out? I know I was over thinking things, but I hope this didn't cause him to lose his job or something like that.

However, I am glad it was a minor accident. I truly hope that guy thinks about what happen. He was very lucky he taken from the car, no telling what could've happened if he was still on the road.
Posted by Wonder Man at 3:14 PM

Email ThisBlogThis!Share to TwitterShare to FacebookShare to Pinterest
Labels: my life

OMG. But that last sentence is why the police needed to take him off the roads. I'm just glad no one was hurt...

Wow, glad you are okay. As for the drunk driver, I have very little sympathy for him. Drunk drivers kill people. My best friend lost his mother due to a drunk driver speeding.

I'm glad that you're ok both from the drunk driver and the cops. And I'm glad no one was tasered. lol.

I just happy you're okay!

Although I appreciate your sympathy for the drunk driver, it's very, very hard to feel sympathetic for a guy who very well could've taken you away from us.

Why are you feeling bad about the drunk driver? He needs to be off the road. I know several people who were killed by drunk drivers. I'm glad it was a minor accident, too.

I have zero sympathy for drunk drivers. My father was rear ended by one and he wasn't nearly as fortunate as you were...He died. The guy behind the wheel was toasted. Yeah we sued and he went to prison but my dad is still gone.

Drunk drivers make the choice to drink themselves into oblivion and then try and operate a motor vehicle. They ruin their lives and the lives of others.
I am glad he went to jail. Thankfully he didn't hurt anyone.

Anywho, I nearly fell out when you said, "Honey, does it look like I'm in a gang?" LOL Please tell me you tossed your dreads over one shoulder when you said it? LOL

close call. feel bad, but not too bad. most people aren't that lucky in their experiences with drunk drivers.

The below listed questions; is that commmon practice there? I don't understand. Since you were the victim in all that why was the officer completing what is known as field interview (the information stored in a data base for crime searches) God, have we become such a police state that such information is collected on everyone now? I'm surprised they didn't take a picture and ask for a DNA sample for the data base....

Did I have any tattoos?
Where was I born?
What was the name of the city I lived in?
Do I have any nick names?
Am I a member of any gangs?