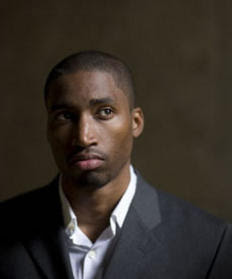 Anthony Woods is the guy who's running for California's 10th congressional district seat.

But that's not the news, this is: he has earned the endorsements of the Human Rights Campaign and the Gay and Lesbian Victory Fund.

Getting nods from HRC and the Victory Fund were coups for the 28-year-old Woods, a two-tour Iraq war vet who impressed some observers recently by raising more than $100,000 for the quarter ended June 30 -- a solid showing for a first-time candidate. Gay groups don't automatically endorse LGBT candidates unless they demonstrate an ability to execute a campaign strategy and compete financially.

"Anthony Woods is an exciting candidate with a tremendous record of accomplishment," said Chuck Wolfe, president of the Victory Fund. "He's also running an impressive campaign. Anthony has assembled a solid campaign team that understands what it will take to win this extremely competitive race."

Looks good for Woods, I hope he will win.

I hope he wins, too. Maybe after he gets experience and does well, he can run for the US Congress.

Hard to believe he'll beat out John Garamendi who's been around California politics for ages, but I'm rootin' for him.

This guy lived as a closet case for years in the military. Now he's the next Gay Hope? I don't think so. An endorsement from HRC tells u everything: He's been a do nothing: he will continue to do nothing.

I guess you can see the future, right?