3 possible amendments that can Kill the Hate Crimes Bill 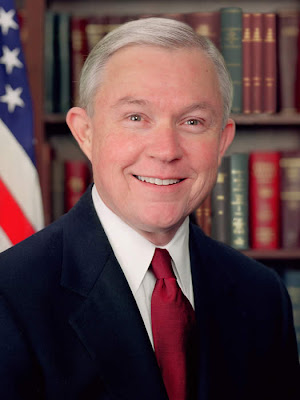 Senator Jeff Sessions (R-AL) wants to add 3 other amendments to the hate crimes bill today. According to the HRC staff, they are not feeling it at all. In fact, they found the amendments to be foolish, unhelpful and should not be adopted.

So what are these 3 vile amendments? Well here they are, via HRC:

* The first Sessions Amendment would allow the death penalty to be applied in hate crimes cases under some circumstances. This Amendment is unnecessary and is a poison pill designed to kill the bill. The Amendment is being offered by and supported by Senators who oppose the Matthew Shepard Act. It’s ironic that the very Senators who have falsely argued that this bill would put clergy in jail because of their beliefs think that those same clergy should be subject to the death penalty.

* The second Sessions Amendment would place an additional burden on the Justice Department to revise its long established guidelines for hate crimes cases. This Amendment is unnecessary. The Department already has well-established, clear and precise guidelines to govern cases involving bias-motivated violence that work well.

* Finally, the third Sessions Amendment would provide additional penalties for crimes involving servicemembers or their families. This Amendment is unnecessary. Existing statutes already provide special penalties on attacks against members of the Armed Services and veterans. In addition, the vague language of the Amendment is problematic. The Amendment provides for additional penalties for injuring the property of a serviceman or immediate family member. The scope of “family member” or what constitutes an “injury” to their property is unclear.

Again, HRC are not feeling these additions. They believe these amendments are created to kill the bill and stall the process. Hopefully, senate will vote down these amendments.

The discussion starts today.
Posted by Wonder Man at 9:12 AM