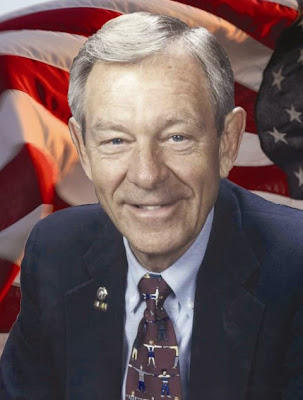 "The GOP’s biggest problem? “We got too many Jim DeMints (R-S.C.) and Tom Coburns (R-Ok.). It’s the southerners. They get on TV and go 'errrr, errrrr.' People hear them and say, ‘These people, they’re southerners. The party’s being taken over by southerners. What they hell they got to do with Ohio?’ ”

He's basically saying that the southerners are ruining the GOP...I agree.

I agree too. The Republican Party sold out to the Christian Conservatives in the southern U.S. in order to flip the election to Ronald Regan back in 1980.

And here we are 29 years later and the Republican party has consumed itself to the point where all that is left is the wing nut gang.

In the case of Jim DeMint, he's correct. What good this asshat has done for this state or this country I will never know.

Are the Northern Repbulicans better? They seem to all come together when they are in power and vote as one. Aren't they enabling the Southerners?

Yes, but the Southerners continues to support them; which makes them the worst, because they enjoy the abusive relationship