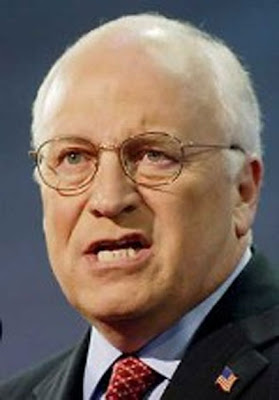 Remember when Cheney claimed that his office is not part of executive branch, that it was some special part of Latveria?

Well today federal judge ordered Dr. Doom Cheney to preserve most of the records from his time as vice president.

U.S. District Judge Colleen Kollar-Kotelly caused this fallout for the Bush administration and threw a kink in their effort to promote a small amount of materials that must be safeguarded under by the Presidential Records Act.

A private group, Citizens for Responsibility and Ethics in Washington, is suing Cheney and the Executive Office of the President in an effort to ensure that no presidential records are destroyed or handled in a way that makes them unavailable to the public.

In a 22-page opinion, the judge revealed that in recent days, lawyers for the Bush administration balked at a proposed agreement between the two sides on how to proceed with the case.

Cheney and the other defendants in the case "were only willing to agree to a preservation order that tracked their narrowed interpretation" of the Presidential Records Act, wrote Kollar-Kotelly.

The lawsuit stems from Cheney's position that his office is not part of the executive branch of government.

This summer, Cheney chief of staff David Addington told Congress that the vice president belongs to neither the executive nor legislative branch of government but rather is attached by the Constitution to Congress. The vice president presides over the Senate.

The lawsuit alleges that the Bush administration's actions over the past 7½ years raise questions over whether the White House will turn over records created by Cheney and his staff to the National Archives in January.

Is Cheney going down? Stay tuned.

You know, my SO has used the term White Devil and whenever I hear it lately, it's Cheney's picture that comes to mind.

You do understand why they're being so secretive, don't you? It's because if what they're up to got out, the pressure to impeach would go up but so too do the chances of a trial in the international courts.

I want to see both Bush and Cheney sentenced to hanging.