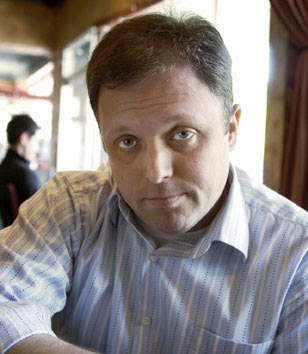 Tim Wise is the man. He's written many essays and books on the issues of race and privilege. I wanted to point out his latest views on White Privilege hitting us in the election year.

White privilege is when you can get pregnant at seventeen like Bristol Palin and everyone is quick to insist that your life and that of your family is a personal matter, and that no one has a right to judge you or your parents, because “every family has challenges,” even as black and Latino families with similar “challenges” are regularly typified as irresponsible, pathological and arbiters of social decay.

White privilege is when you can call yourself a “fuckin’ redneck,” like Bristol Palin’s boyfriend does, and talk about how if anyone messes with you, you'll “kick their fuckin' ass,” and talk about how you like to “shoot shit” for fun, and still be viewed as a responsible, all-American boy (and a great son-in-law to be) rather than a thug.

White privilege is when you can attend four different colleges in six years like Sarah Palin did (one of which you basically failed out of, then returned to after making up some coursework at a community college), and no one questions your intelligence or commitment to achievement, whereas a person of color who did this would be viewed as unfit for college, and probably someone who only got in in the first place because of affirmative action.

White privilege is when you can claim that being mayor of a town smaller than most medium-sized colleges, and then Governor of a state with about the same number of people as the lower fifth of the island of Manhattan, makes you ready to potentially be president, and people don’t all piss on themselves with laughter, while being a black U.S. Senator, two-term state Senator, and constitutional law scholar, means you’re “untested.”

White privilege is being able to say that you support the words “under God” in the pledge of allegiance because “if it was good enough for the founding fathers, it’s good enough for me,” and not be immediately disqualified from holding office--since, after all, the pledge was written in the late 1800s and the “under God” part wasn’t added until the 1950s--while believing that reading accused criminals and terrorists their rights (because, ya know, the Constitution, which you used to teach at a prestigious law school requires it), is a dangerous and silly idea only supported by mushy liberals.

He has more, including more views about our society and education. Go here

Not to mention that, if you're a minister, you can blame 9/11 on gays and lesbians and pray on TV for the deaths of Supreme Court justices and still get invited to the white house to advise the president on "moral values" issues and Supreme Court appointments....

That's a good one

That was pretty amazing... I posted it on my blog too.