Thor May Have a Director 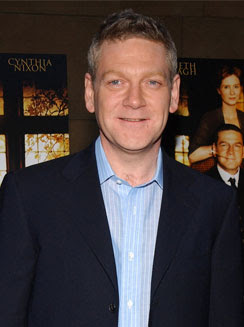 Kenneth Branagh is negotiating to direct "Thor," the next Marvel Comics property that will be turned into a live-action film by Marvel Studios. Pic will be released in 2010.

Marvel Studios chief Kevin Feige's choice of Branagh is surprising, as Branagh hasn't really directed an action-heavy film since his debut on "Henry V," a bloody telling of the British king's conquest of France.

Branagh is the latest in a string of directors -- such as Jon Favreau ("Iron Man"), Christopher Nolan (the Batman franchise) and Gavin Hood ("X-Men Origins: Wolverine") -- with arthouse roots taking on big-budget comicbook fare.

Marvel will set a distributor for "Thor" shortly.

The "Thor" negotiations come during a resurgence for Branagh. He's currently drawing raves on the London stage in the title role of "Ivanov," and he'll next be seen acting in the Richard Curtis-directed "The Boat That Rocked" and the Bryan Singer-helmed "Valkyrie."