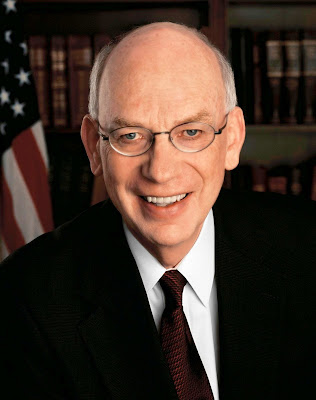 This son of a whore is trying to kill D.C. gay marriage by creating an amendment to suspend gay marriage licenses.

Bennett is emerging as the most stalwart congressional opponent to same-sex marriage in the District. Earlier this month, he sought to attach a similar amendment to a Federal Aviation Administration Reauthorization bill. But that amendment was ruled out of order.

But Senate Democrats, who are trying to keep all GOP amendments off the reconciliation bill, are widely expected to kill Bennett's amendment, which was first reported by the New York Times. Still, Bennett's determination to force a public vote on same-sex marriage in the District has caught the attention of District leaders.

Bob, you are a solid asshole! This is not your state or concern, you truly suck!
Posted by Wonder Man at 11:23 AM

Surely the good people of Utah would like to have him focus his energies on their state?

It's not surprising given how much issue jumping we have seen recently. Lots of hands in lots of pots. Looks like this will become a wide dynamic in our political future. Not a good thought at all.