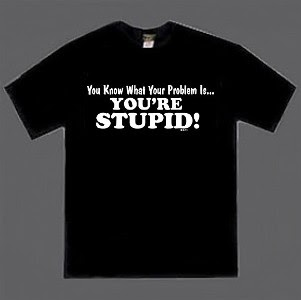 In today's foolishness, a poll shows how stupid folks can be:

President Obama is a socialist, a racist, and could possibly be the antichrist. That is what is being shown in the latest GOP poll. The Harris poll was taken during the peak of the health care debate, and surveyed over 2,000 people. Here are some scary statistics from the new GOP poll.

The Harris poll says that two thirds of Republicans

The scariest statistic though, is that 24% of Republicans believe that Obama is the antichrist.

I’m not sure how accurate these numbers represent the Republican party, but one things for sure, the Republicans are not happy with President Obama signing the Health Care bill into law today.

source
Posted by Wonder Man at 2:47 AM

The anti-Christ. Really? Maybe they are onto something. It would take demon spawn to know and they are pretty close.