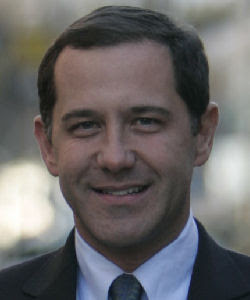 DC Agenda talked to Joe Solmonese about Dan's accusations and the issues besetting the LGBT movement in the White House.

DC Agenda: What’s HRC’s view on how, or whether, non-violent civil disobedience action — as Dan Choi and Robin McGehee of the new national group GetEqual.org are now calling for — fits into the overall efforts to advance LGBT rights that HRC is working for?

Solmonese: The beauty of our movement is that we have a dedicated community that is constantly searching for new and innovative ways to effect change in Washington and at home. Whether it be the actions last week or meeting with a senator in a district office, these are ways that our community continues to advocate for LGBT equality. Activism by Dan Choi and others has one common intent in mind that we also share: to advance equality in the fastest way possible. As we said last week, this is the nature of social change and everyone has a role to play.

DC Agenda: Dan Choi and others have suggested that mainstream LGBT groups like HRC are too accommodating to the White House and congressional Democratic leaders on issues like ENDA and DADT. What is HRC’s current count of U.S. senators on an up or down vote on ENDA right now? Can you release a list of which of the 17 Democratic senators who are not ENDA co-sponsors will vote for or against ENDA?

Solmonese: There has been understandable frustration in the community at the pace of progress at advancing some of the pieces of key legislation that are important to the lesbian, gay, bisexual and transgender community. We continue to press the president and Congress to live up to the promises they made to advance real, substantive equality for LGBT Americans. It is critical that everyone in the LGBT community and our allies engage in this effort.