Was Dazzler supposed to be Black? 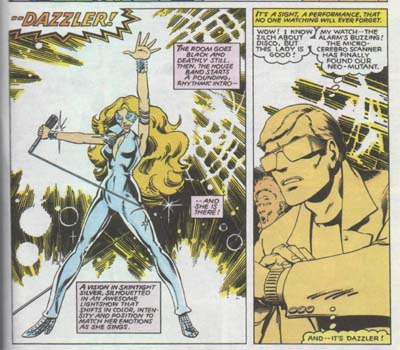 I just learn some interesting news about Dazzler, the disco mutant queen who later became a member of the X-Men.

source
Posted by Wonder Man at 1:38 AM

Wow!! I learn so much reading your blog!! First Wonder Woman has a black sister, now this!! Very interesting. Looks like she may have been slightly modeled after Grace Jones too.

I think it worked out better.

There was meant to be a movie with Cher too.