Who Asked for This?: The Remake of Monster Squad 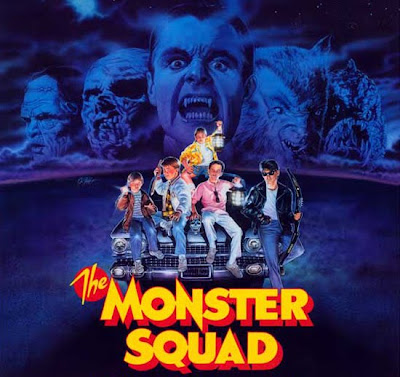 My childhood is dying by the minute.

More remakes are ripping through the 80s flicks like a lawn mower!

They are going after Monster Squad!

Paramount Pictures is remaking the 1987 film The Monster Squad. Rob Cohen, who produced the original, hopes to direct the remake. Cohen will produce with Platinum Dunes partners Michael Bay, Brad Fuller and Andrew Form, and they’re meeting with writers.

A group of kids who worship the classic monsters suddenly discover that Dracula is in town, and he’s got his pals Frankenstein, The Wolf Man, The Gill Man and The Mummy with him. The kids must stop their efforts to find an amulet that will give the creatures control of the world. Sounds a bit cheesy, but the film is beloved by fanboys.

Michael Bay? NOOOOO! We geeks must be cursed!

I've never seen that movie, but I understand the horror of Michael Bay.
Here is one of my favorite internet quotes, with souce.

Michael Bay's "Lite-Brite," Friday, 8 p.m.
The "Transformers" director ruins something else from your childhood by stomping on a Lite-Brite set for 20 minutes.

I did not see this flick - but it would be entertaining to see!

The Monster Squad was an entertaining and funny film from when I was younger. The big draw being seeing all the "Classic" Monsters together in a Goonies type of flick. Definitely a fanboy love flick! LOL!

Speaking of Goonies, how long do you think it'll be before they remake that!?

I tried to watch the Monster Squad a few weeks ago...It was so cheesy I couldn't stop laughing. But when I was little it scared the shit out of me...
That and HOW could I ever have believed Jason Hervy was cute? lol.

Oh boy, I don't want to imagine this.