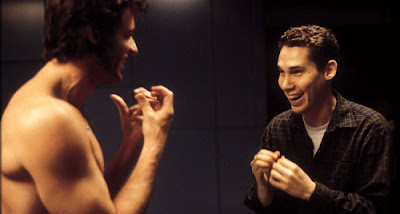 Bryan won't direct X-Men: First Class, but he will produce the flick.

While many in Hollywood are having trouble finding work these days, Bryan Singer’s problem is there is only one of him to go around and everybody wants him. So Singer and 20th Century Fox have formalized his move from director to producer on X-Men: First Class. That is the bad news for X-Men die-hards who love the first two films Singer directed. Here's the good part: he is leaving because Fox liked the script that Jamie Moss wrote from Singer's treatment so much that the studio wants the film right away, envisioning it as the first leg of a trilogy. The hope is to have it ready for 2011 release.

Singer will join Lauren Shuler Donner and Simon Kinberg as producers. He's not available because Warner Bros and Legendary are locked into a summer production start on Jack the Giant Killer. They’ll begin casting shortly. It is a big CG project, and they are likely to either shoot 3D or convert it later.

source
Posted by Wonder Man at 2:05 AM

They're making the same mistake they did with X-Men 3. AGAIN.