Barney and Tammy moving forward on DADT and ENDA 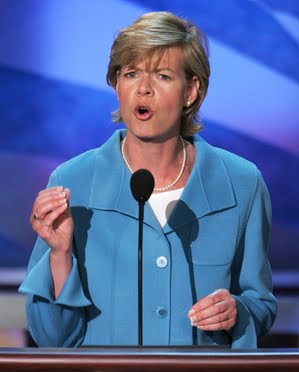 Rep. Frank said in a phone interview Monday that he does not believe the increased rancor between Democrats and Republicans [over the health reform bill] will jeopardize passage of ENDA. He noted he recently picked up another Republican co-sponsor for the bill because the representative had received a visit from a couple of gay constituents.

Meanwhile Rep. Tammy Baldwin (D-Wisc.) told the San Diego Gay & Lesbian News the House has the votes to pass both ENDA and the repeal of “Don’t Ask, Don’t Tell.” ”As someone who has actually counted the votes, I believe that there are [enough],” Baldwin said.

Asked whether the LGBT community can expect a vote on ENDA and DADT this year even though midterm elections are coming up, Baldwin said, “We want the votes [taken] as soon as possible.”

“Certainly there are members of Congress who are nervous because of the economy, the rate of joblessness,” she said. “Across the country, people are agitated. On the other hand, my constituents want to see bolder and quicker change, and so I actually see positive signs to follow through [on DADT and ENDA].”

It would be great if they could demolish DADT and enact ENDA this term. I say we push for this now! The debate over health care is now over though I do think we need to revisit and insert the public option.