I See Zombies... The Walking Dead is a Go! 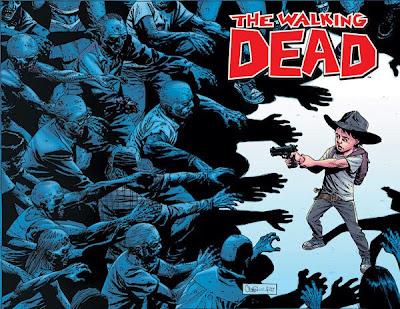 The Walking Dead will be on the screen this fall!!

"The Walking Dead" will become AMC's fourth original series with a six-episode order. "Dead," based on Robert Kirkman's popular graphic novels, has been on the fact track ever since AMC acquired the rights to the books in August after a bidding war.

The project, written and directed by Frank Darabont, was ordered to pilot in January, followed by the early series pickup with the pilot still in the casting stages. "Dead" will begin production in June in Atlanta. The series is set to premiere in October 2010 during AMC's Fearfest, the network's annual marathon of thriller and horror films.

source
Posted by Wonder Man at 2:12 AM

I don't follow that book anymore... but I'm looking forward to the show. It's going to smash ratings.